Clark innovations highlighted in discussion on the value of liberal arts 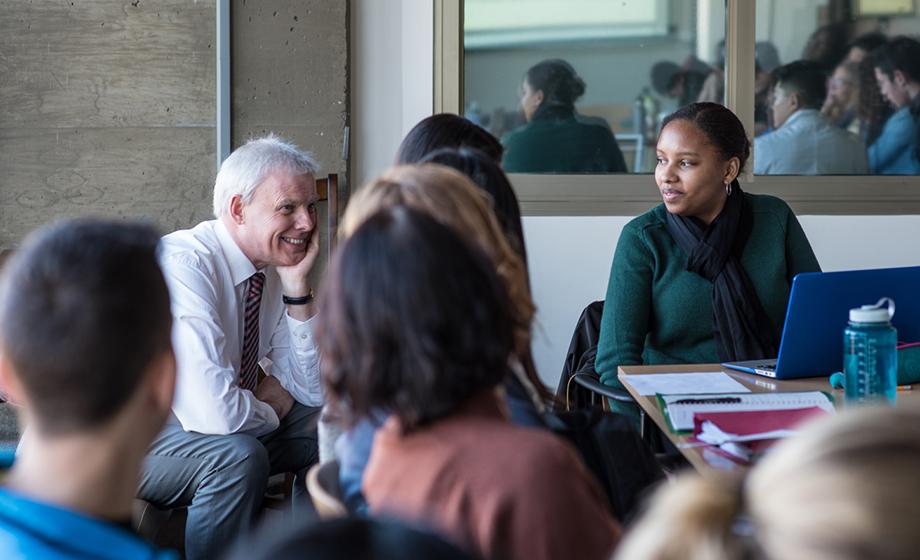 As high school students filled out applications for the fast-approaching Jan. 15 deadline at Clark University and other colleges, a recent column in The Washington Post examined which skills employers are seeking from recent graduates. Google, it turns out, is bypassing STEM (science, technology, engineering, math) and focusing more on skills that students acquire through a well-rounded liberal arts education, according to Cathy N. Davidson, author of the new book, “The New Education: How to Revolutionize the University to Prepare Students for a World in Flux.”

“In 2013, Google decided to test its hiring hypothesis by crunching every bit and byte of hiring, firing, and promotion data accumulated since the company’s incorporation in 1998,” Davidson writes. “Project Oxygen shocked everyone by concluding that, among the eight most important qualities of Google’s top employees, STEM expertise comes in dead last.

“The seven top characteristics of success at Google are all soft skills: being a good coach; communicating and listening well; possessing insights into others (including others’ different values and points of view); having empathy toward and being supportive of one’s colleagues; being a good critical thinker and problem solver; and being able to make connections across complex ideas. Those traits sound more like what one gains as an English or theater major than as a programmer.”

In response to Davidson’s Post column, blogger Lou Glazer continued the conversation about the value of a liberal arts education, citing the 2017 book by George Anders, “You Can Do Anything: The Surprising Power of a ‘Useless’ Liberal Arts Education.”

Clark University is familiar with Anders, who visited campus in 2016 and met with President David Angel and Michelle Bata, associate dean and director of the LEEP Center. Anders was interested in learning more about Clark’s Liberal Education and Effective Practice (LEEP) programs.

“In our conversations, we spoke a lot about the LEEP Center and our advising model, connections we were making with departments and employers, LEEP projects, and the LEEP culminating capstone and Problems of Practice courses,” Bata recalls.

Anders must have liked what he heard, because Clark is mentioned several times in the book. In a chapter about how colleges connect students and recent graduates with alumni for internships and jobs, he writes of Clark, “[G]raduates of the university’s renowned theater-arts program have wrestled for decades with the challenges of getting connected to big urban job markets. … With Clark’s alumni online, it’s much easier for theater graduates to find that first small gig in the big city that can rapidly lead to something better.” Anders quotes Bata: “If the Metropolitan Opera needs an assistant wig maker for a new production, that’s exactly the kind of situation that’s right for one of our graduates.”

The author also notes that he spent “a fascinating afternoon in October of 2016 watching Clark President David Angel teach a seminar about the inner workings of a modern university.”

That seminar was Angel’s First-Year Intensive class – named for the Clark’s motto, “Challenge Convention. Change Our World” – in which students analyze how and why it’s important to practice and lead societal change (pictured). The author was impressed by how students could “sharpen up everything from research skills to debating practices in a feisty room.”

The book was researched and published before the full launch of ClarkCONNECT, which brings together students, alumni, faculty, parents and friends to expand students’ knowledge and prepare them for a successful careers.