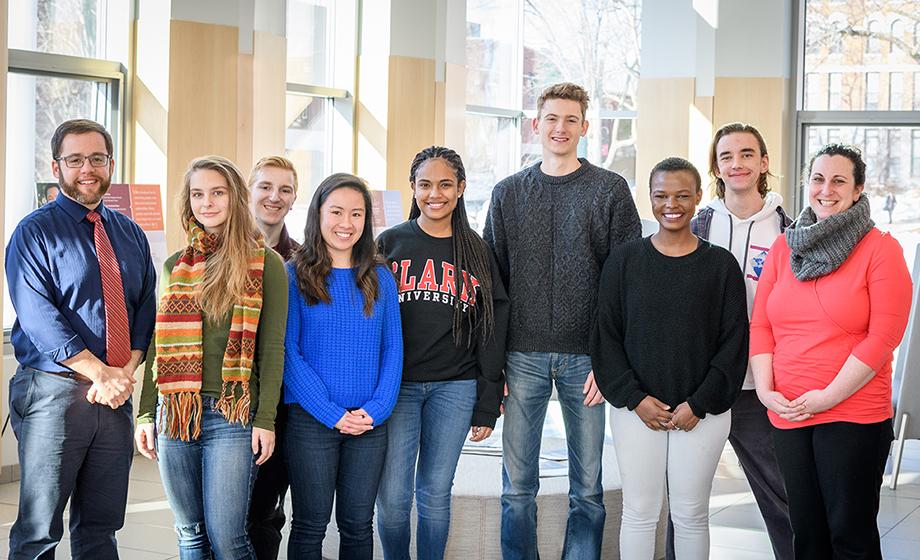 Thirty percent of Clark University undergraduates study abroad, compared with only 2 percent of college students nationwide. And now there’s even more good news to report: Clark has a record number of students – nine – who received the U.S. State Department’s Benjamin A. Gilman International Scholarship to study or intern abroad this spring.

“This year, we worked even harder to promote funding opportunities and access in study abroad for underrepresented students, and we’re really proud of this number,” says Alissa Kramer, director of study abroad at Clark. “In the last five years, we’ve had 37 students receive the award, including nine this fall. Having nine recipients at a small, liberal arts university like Clark means our students are supported in choosing diverse and non-traditional study abroad experiences.”

On average, only 28 percent of U.S. college students who apply for Gilman awards receive them; at Clark, 70 percent of the students did, according to Kramer.

The nine Clark students who recently received the award for study abroad this spring include:

They join two students who received the awards in July for study abroad experiences this fall:

For the 2017-18 academic year, nearly 1,000 American undergraduate students from 386 colleges and universities received awards. Gilman Scholars receive up to $5,000 to apply toward their study abroad or internship program costs, with additional funding available for the study of a critical language overseas.