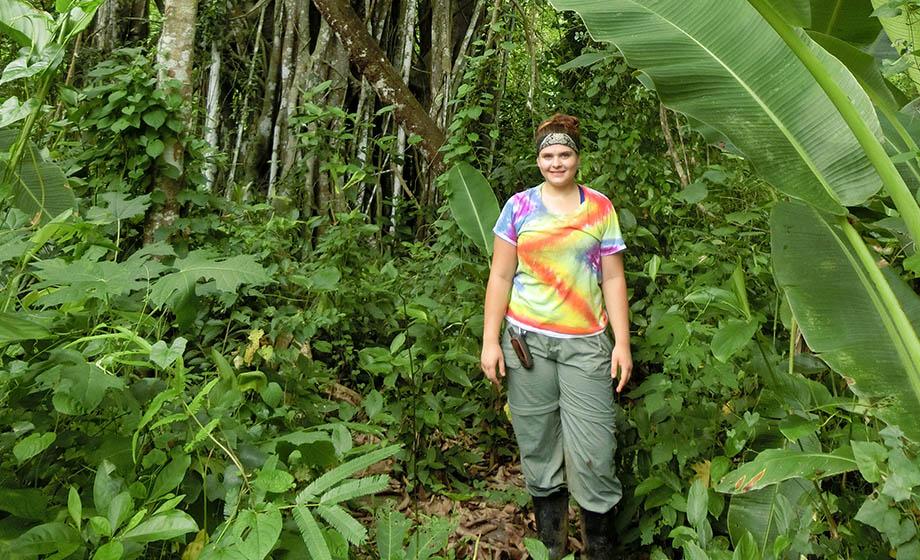 Since 1893, most biologists have accepted Dollo’s law, named for the Belgian paleontologist who hypothesized that evolution moves forward, never reversing. A living organism doesn’t regain a trait — an inherited characteristic, like a tail or limb – lost during its evolutionary development, Louis Dollo suggested.

Over the past decade, however, some have begun to question Dollo’s theory. As part of his $153,155 grant from the National Science Foundation, Philip Bergmann, an evolutionary biologist and associate professor of biology at Clark University, is one of the first scientists to consider how and why evolution would seemingly reverse course in a way that leads to the re-evolution of complex traits. Working with colleagues from Yale, UMass Amherst and the University of Oklahoma on the overall $624,212 grant, Bergmann is investigating why certain species of the skink lizard have evolved into elongated, snake-like organisms without limbs, and then re-evolved to look more lizard-like, with limbs and shorter bodies.

“This grant has been a wonderful opportunity to address some fundamental questions in evolutionary biology,” Bergmann says.

His three-year research project also has provided undergraduate and graduate students with an opportunity to conduct research. Erika Schaper ’18, a Clark Steinbrecher Fellow who has been involved with the project since 2014, has traveled twice to the Philippines, home to most of the world’s species of the skink genus Brachymeles.

Last summer, Schaper spent several weeks there in the mountainous jungle, collecting data that would help her better understand the relationship between the skinks’ habitats and their body types, including whether or not they have limbs. She also identified features of the skinks’ microhabitats and why certain species prefer them.

With Bergmann and Gen Morinaga, a doctoral candidate in biology at Clark, Schaper collected 142 Brachymeles from nine species — four species with fully developed limbs, one with no limbs, and four with partially developed limbs.

“The variation in digit structure and body morphology of the species collected is at the heart of our research,” Schaper says. “Understanding the evolution of the body structure in a very unique genus of skink — functionally, ecologically, developmentally – is the big picture.”

Later in the summer, Schaper headed to the University of Oklahoma’s Sam Noble Museum, where she dissected the stomachs of the skinks and identified insect fragments to learn more about what the lizards eat.

This year at Clark, Schaper is continuing her work in Bergmann’s lab, comparing her data sets, which include samples of soil pH, moisture, soil particle composition, information about skinks’ habitats.

“Erika has really taken the lead on the study of niche use by these skinks,” Bergmann says. “She has been instrumental in gathering the ecological data and analyzing them. Her work promises to tell us much more about how certain species co-exist while others do not.”

Her travel and research in the Philippines has been life-changing, Schaper says.

“Studying biology has been not only a scientific experience, but also a cultural experience,” she says. “As my first real exposure abroad, it made me realize how universal the language of science is and how critical it is for advancing education and conservation..”

A Carlson Fellow and a Traina Scholar, Schaper has repeatedly made Clark’s dean’s list. In her free time, she participates in a chamber music group. She has been accepted into Clark’s Accelerated B.A./Master’s Program in biology.

“Actively participating in research as an undergraduate — learning research methods and becoming familiar with the scientific world of academia — has been a profound part of my Clark career,” she says.

Angela Bazydlo and Anne Gibson contributed to this story.