Victoria Mariano ’08 is bullish on entrepreneurship 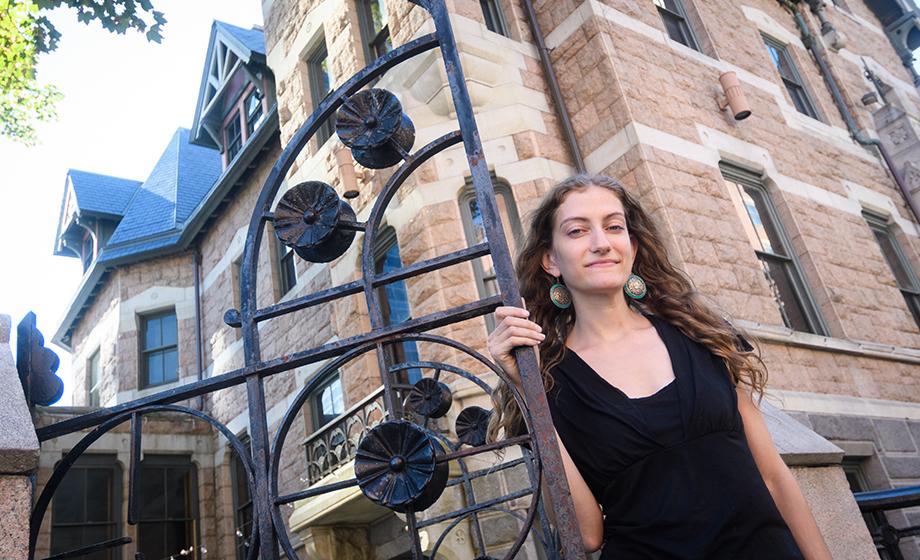 If Victoria Mariano ’08 had her way, she never would have attended college.

“I wanted to open a business — a recording studio — right out of high school,” the entrepreneur recalls while sitting at a table in her restaurant, Bull Mansion New American Bistro in Worcester. “I took college-level business courses and wrote a business plan with a friend.”

When the teenaged pair realized they didn’t have the funds for such a plan, she turned to her brother who, with a few swift clicks on a college search website, discovered Clark matched her interests in entrepreneurship. And then she got to work.

Victoria Mariano, seen here inside her restaurant Bull Mansion, hosted two LEEP fellows last summer, keeping her Clark connections strong.At Clark, she found her niche opening successful businesses and finding fellow Clarkies with whom to partner. Mariano’s first venture was Spiritual Haze, an 18-plus hookah lounge and smoke shop she opened in 2007 with Bilal Anwar ’08 and Shahzad Godil ’08 while they were still students. Its success spurred her to open Electric Haze, a 21-plus bar and hookah lounge that’s the place to listen to live music in Worcester, with former Clark student Eric Collier.

“Each business was a different phase of my life and is very reflective of where I was,” she says. “All of the spaces are about bringing together a positive atmosphere with a diverse group of people to create that intangible thing that inspires them.”

“I’m sitting at my computer, looking at the building’s listing and thinking: Who in Worcester can make this happen?” Mariano recalls.

Her thoughts drifted to her old friend Aditya “Adi” Tibrewal, M.B.A. ’05, when Tibrewal called her out of the blue. “The first thing I said to him when he called me is, ‘Did you just hear me thinking of you?’” Mariano says.

After explaining her vision, Tibrewal was in. With his financial assistance, they purchased the historic Grand Army of the Republic Hall — originally built as an 1876 wedding gift for Sarah Wesson and her husband Dr. George Bull — and opened a farm-to-table restaurant and event space in September 2016.

A connection Mariano made with Paul Morano Jr., the director of Business and Community Development for the City of Worcester, while a student working as a program coordinator at InnerCity Entrepreneurs helped make Bull Mansion a reality. Morano helped her write a grant and navigate permitting for the restaurant.

“I gave them guidelines, which are important, but then they did it on their own,” Mariano says. “I feel employment is about empowering people to figure out their skill sets.”

After recently closing Spiritual Haze due to a change in city smoking regulations, Mariano has refocused her energy on Electric Haze and Bull Mansion. She cites passion as the main ingredient for making a successful business. Bringing people together and building community fills her soul (though Bull Mansion’s local cheese and house-made charcuterie boards fill her in other ways).

“People just need to let loose in whatever form that is, whether it’s eating, dancing or smoking a hookah,” she says. “People don’t understand what that can do for someone. One night can change your entire perspective of the next week, and that changes your following month or year. It’s a crazy ripple effect.”