A student-alumni connection at the cellular level 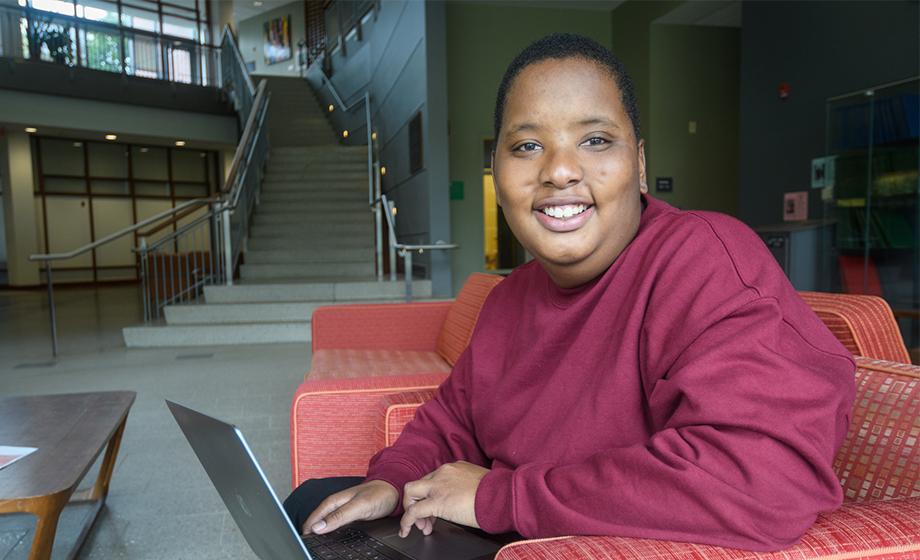 When Dr. Richard Pietras ’69 was a biology student at Clark University, he achieved two firsts that launched his lifetime of research: his first federal funding, a National Science Foundation undergraduate student grant, and his first scientific report, in neurobiology.

“The study was focused on the potential role of hormones such as estrogen in the modulation of olfactory neurons,” says Pietras, now professor in the Department of Medicine-Division of Hematology-Oncology, David Geffen School of Medicine, and director of the Stiles Program in Integrative Oncology, Jonsson Comprehensive Cancer Center (JCCC), all at University of California, Los Angeles (UCLA).

“I have published many more research contributions since that time,” he says, “but still focus on the role of hormones and other biologic agents in cancer and other diseases.”

Pietras also benefited from his first research mentor: David Moulton, a Clark biology professor and an associate member of the Worcester Foundation for Experimental Biology, an institution famous for development of the birth control pill.

“David ushered me into the world of biomedical exploration, and I remain most grateful to him for his example and guidance,” Pietras says. “This type of faculty-student interaction is typical of the academic environment at Clark, and critical in guiding students in their career choices and goals.”

Now Pietras has achieved yet another first: mentoring a Clark biology major, Colin Sterling Jr. ’18, and helping launch what both hope will be Sterling’s similarly lengthy career in biomedicine.

This summer, Sterling worked with Pietras as part of the Undergraduate Cancer Research Training Program, a joint effort between Charles R. Drew University of Medicine and Science’s Center to Eliminate Cancer Health Disparities and UCLA’s JCCC. Pietras had reached out to his alma mater, asking that fliers be posted in the Biology Department and elsewhere on campus so that students would apply. The program’s independent review committee ultimately selected Sterling as one of 15 students from a pool of 150 applicants nationwide.

“If I wanted to talk to Dr. Pietras about anything — what was going on in the lab or my future studies — he was there,” Sterling says. “He’s super kind, and an extremely generous person. He said anytime I needed to call him, I should.”

The experience inspired Sterling to begin applying to master’s programs in biology, and conduct more research, before going to medical school.

“This program really brought to light that you don’t have to do only traditional premed coursework. You can also do research, and it’s an exciting and invigorating experience,” he says. “I found that I really love research.”

Just a few months ago, Sterling — who grew up in Turks and Caicos and attended high school in Boca Raton, Fla. — wasn’t sure how he might live up to Clark’s motto: “Challenge Convention. Change our World.”

But after the rigorous, 12-week internship, he now sees where his research could make a difference: fighting breast cancer, especially among African-American women, who are more likely than any other racial group to die of the disease, in part because many don’t have access to quality health care.

Over the summer, Sterling worked alongside researchers who share his intention to make the world a better place; in addition to Pietras, he was mentored by Dr. Diana Márquez-Garbán, associate research professor at UCLA’s School of Medicine, and Dr. Jay Vadgama, vice president for research and health affairs and chief of Charles Drew University’s Division of Cancer Research and Training.

Defined as a minority-serving medical and health science institution, Charles Drew University was founded after the 1965 Watts riots brought attention to the lack of access to quality health care in Compton, which is predominantly Latino and African-American.

The UCLA-CDU researchers have been deeply involved in cancer research and efforts to overcome health disparities, ensuring that more residents of impoverished, minority areas like Compton have access to high-quality health care.

In the 1980s and ’90s, Pietras was part of a UCLA team whose research into the “overexpression” of a gene called HER-2/neu led to the development of Herceptin, a drug that treats certain aggressive breast cancers that especially affect women of color, and he continues research into breast and lung cancer. (Read the fall 2015 story in CLARK magazine).

In their recent breast cancer studies, Pietras and Márquez-Garbán, with help this summer from Sterling, seek to “better understand the molecular and cellular mechanisms that regulate tumor cell growth and metastasis, which may help to improve patient survival, especially among minority groups,” Pietras says.

The body normally forms new blood vessels, a process called angiogenesis. Cancer tumors also rely on this process to draw nutrients and oxygen from the blood, allowing them to grow and spread.

To starve and kill tumors, you need drugs that inhibit this blood-vessel formation. You also need to stop the biochemical process that allows tumors to flourish — specifically, vascular endothelial growth factor (VEGF), a protein that binds and interacts with specific receptors, Pietras explains.

Sterling’s research focused on an anti-angiogenic agent that could block this biochemical process and keep breast cancer tumors from spreading. He examined the effects of squalamine, a naturally occurring aminosterol compound originally derived from the liver of the dogfish shark.

“The results of Colin’s experiments provided good evidence that squalamine inhibits the tumor-promoting capabilities of VEGF,” Pietras says. “These findings may help lead to new therapeutic approaches for management of breast cancer and hopefully improve the survival of patients afflicted with this disease.”

Sterling’s travel in and out of Compton, whose plight was depicted in the 2015 film “Straight Outta Compton,” had a profound impact on him.

“This drug would really make an impact in Compton, which has an extremely high breast cancer rate,” he says. “It’s great to say, ‘I have this wonderful drug to fix cancer,’ but what good is that wonderful drug if it’s not accessible to people who need it? Because squalamine is naturally occurring, we could have a relatively cheap drug that works fairly well with chemotherapeutic agents. We could potentially reduce tumors and reduce the cost.”

He is struck by Pietras’ dedication to bettering the lives of Compton’s residents.

“We both have this extreme sense of taking our knowledge and dispersing it to the community,” Sterling says. “I’ve been empowered to make change.”

For Pietras, Sterling’s experience confirmed his belief that such mentorship programs are crucial for students — and for the future of research.

“It is important to mentor students in science, technology, engineering and mathematics areas to produce the next generation of leaders from the top students at U.S. colleges and universities such as Clark,” he says.

Clark University has launched a major initiative that brings together students, alumni, faculty, parents and friends to expand students’ knowledge and prepare them for a successful career launch. ClarkCONNECT provides opportunities for mentoring, career exploration, and internship and job opportunities. Learn more.