Olivia Schwartz ’19 finds a harmonic blend of performance and practice 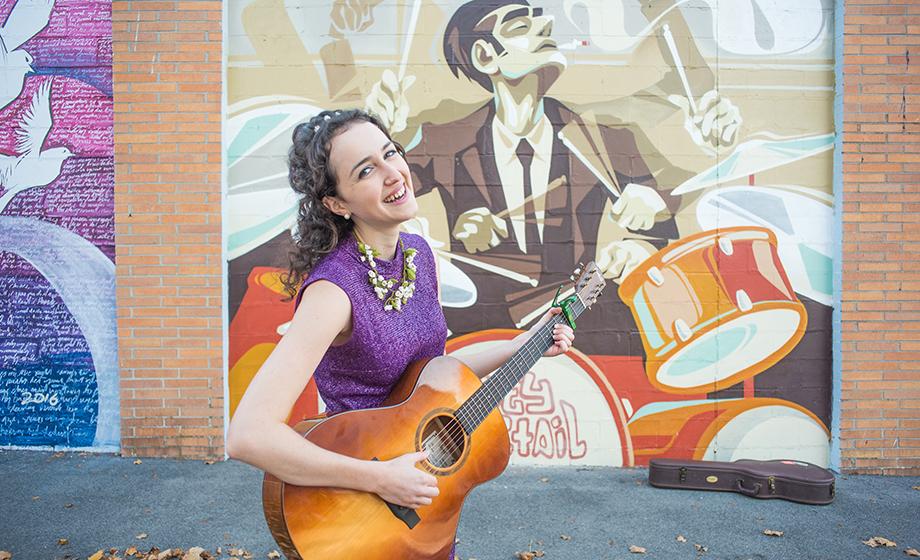 Olivia Schwartz ’19 blended her passions — for music and the environment — to hit the perfect note with her LEEP project. Schwartz, a global environmental studies major and musician herself, interned with REVERB, a nonprofit organization that helps major music acts lead more environmentally sound tours.

Specifically, she worked on the group’s Farm-to-Stage Program based in Portland, Maine. The program’s goal is two-fold: to reduce fuel consumption and emissions produced while transporting food, and to support local agriculture. Schwartz researched farms near where artists partnering with REVERB, like Jack Johnson and the Dave Matthews Band, tour.

“Farm-to-Stage connects local farmers with tour chefs, placing local ingredients on the plates of artists and their tour crew in every community they visit,” Schwartz says.

She plans to incorporate sustainable practices on her own tours. “I get to go out into the world and use what I have learned to take action,” she says.

Schwartz, a singer-songwriter and musician who performs as Olivia Frances, has released two studio albums — “Back to Happiness” in 2013 and “Evergreen” in 2015 — and a music video for her song “Great Blue.” She took a gap year prior to enrolling at Clark, during which she interned at Infinity Cat Recordings, a record label based in Nashville, and played venues from there to Worcester on her #SingleSteps tour. Schwartz played venues across the Northeast this summer and is currently writing songs for her third album.

“This experience will connect me to a future career in the music industry or environmental field,” she says.

Schwartz’s interest in Clark took root after reading about the university in the book “Colleges that Change Lives.” Following a visit to campus, she knew the environment would foster her own growth, allowing her to critically analyze global issues while pursuing meaningful academic and personal projects.

“I loved the strong sense of community and how the students are so passionate about what they do, whatever that may be,” she says