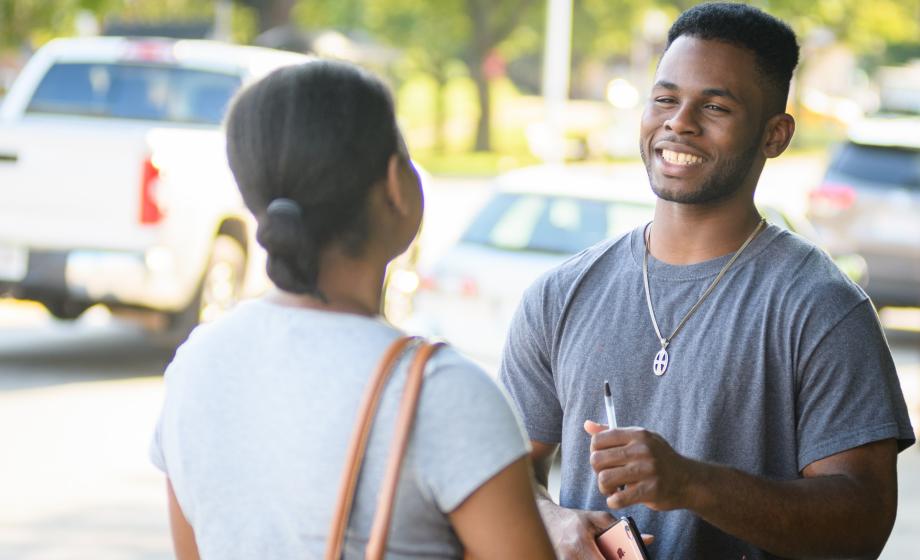 Chukwuma Egbuzie ’19 believes everyone has a story to tell. He spent this summer documenting the tales of Worcester’s diverse citizens through photography.

Egbuzie, an economics and screen studies double major, crafted the digital marketing project — “Global Citizens of Worcester” — during an internship with the International Center of Worcester, an affiliate of the Seven Hills Foundation. His first task: Define “global citizen.”

“We described such an individual as a citizen of Worcester who engaged with the city,” he says. Marking the mileage from the person’s original home showed that “Worcester is a magnetic area.”

With a set definition, Egbuzie hit the streets to snap his subjects’ photos and write a series of social media posts documenting Worcester’s global identity in the style of the popular Humans of New York digital series.

Egbuzie, who teaches photography to children and is the camera behind the WooTales Instagram account, learned the art of persuasion through this LEEP project and gained inspiration from those he met.

“This project gave me ideas for character development. I hope to mix and remix the personalities I’ve met during the summer in screenplays,” he says.