Writing a script for her future 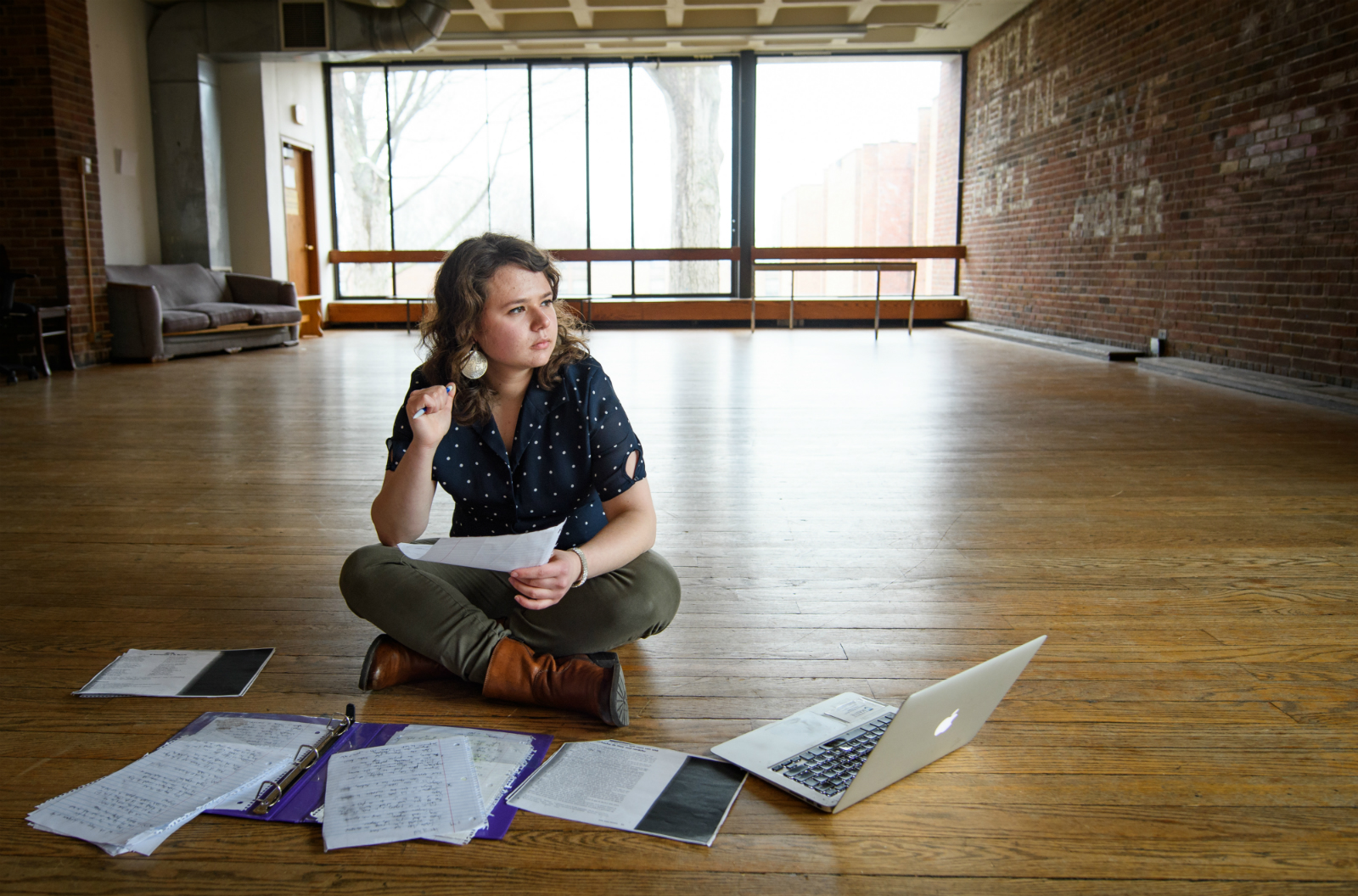 For her First-Year Intensive, Raechel took Queer Horror with Professor Jen Plante. In this 15-person class, she and her classmates analyzed works ranging from Patricia Highsmith’s “Zombie” to “The Rocky Horror Picture Show.” Here, she learned not only how to think critically in the classroom, but also how to connect with faculty.

Raechel took a set of required core courses that provided a framework for her path. She then expanded into her preferred territories of playwriting, acting and producing, enrolling in Playwriting I with Gino DiIorio, professor and director of Clark’s theatre program, who became a mentor and her faculty adviser. DiIorio calls her a “fearless writer.”

Raechel advanced to Playwriting II and wrote her first play “The Beef Stick Boys,” a show that premiered at the 2015 New Play Festival. “It was so empowering to hear our scenes read aloud, workshopped, and ultimately performed in PlayFest 2015. I wouldn’t be the same writer I am today without Gino’s support or without the help of the Visual and Performing Arts Department and Clark University Players’ Society, which helped produce the play,” she says.

Raechel expanded her theatre knowledge by producing shows and working as the publicity chair and events chair for the Clark University Players’ Society.

During the summer of 2016, Raechel wrote a full-length play about disability and accessibility as a LEEP Project. Her research included interning with Student Accessibility Services and her leadership of Diversability, an organization that builds “a shared community where students can discuss different abilities and experiences with disability.” Raechel helped bring therapy dogs to campus to visit stressed-out students during finals week.

Also during summer 2016, Raechel’s play “Moon Juice” was selected as a finalist in Manhattan Repertory Theatre’s 10-Minute Play Contest. The play was directed by Chelsea Anderson-Long ‘11, M.S.P.C. ’12. “I submitted my work to this contest because I’m a young, budding playwright, and I felt like it was time to expand my palette,” she says.

Along with several other Clark students, Raechel documents her on- and off-campus life in photos for the Undergraduate Admissions blog “Clark Diaries.”

After graduating in 2017, Raechel was named a Fellow for ArtWeek Massachusetts, charged with promoting the statewide expansion of ArtWeek Boston. The spring festival encompasses more than 500 events throughout the state.