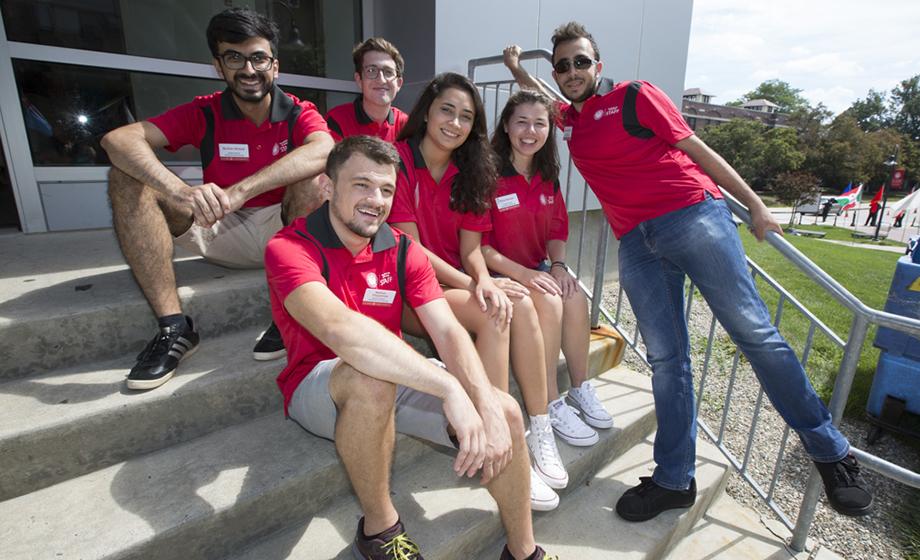 Clark University once again has been recognized by The Princeton Review as one of the country’s best institutions for undergraduate education, and is included in the 2018 edition of the annual college guide, “The Best 382 Colleges.”

Of America’s 2,500 four-year colleges, only about 15 percent are profiled in the Princeton Review’s flagship college guide — along with four schools outside of the United States.

The Clark University profile includes extensive comments from Clark students who were surveyed about their experience. For example, “… undergrads report they are encouraged to ‘actively [connect] their academics to something bigger and more meaningful.’ Moreover, they’re also quick to note that Clark is both ‘a small liberal arts college [and] a research university,’ an incredible combination that affords many academic opportunities.” Students also praise the University’s “phenomenal” professors. “They push students to ‘engage in discourse that may seem uncomfortable or foreign,’ and they are ‘very willing to help students outside of class.’”

Students quoted also spoke highly of the “enthusiastic” student body. “‘People don’t fit into boxes here. Someone could be a star athlete and a great actor majoring in biology and English. I love that about Clark; everyone is so uniquely them, but also very down-to-earth and not caught up in themselves all the time.’ No matter their backgrounds or hobbies, the majority of Clark students place a premium on ‘social justice.’ … And perhaps best of all, Clarkies are ‘an incredibly friendly bunch.’”

In addition to its inclusion on the list of the best 382 schools, the University is ranked at No. 16 among the “Best Schools for Making an Impact.” These 25 schools were selected based on student ratings and responses to survey questions covering community service opportunities at their school, student government, sustainability efforts, and on-campus student engagement, as well as PayScale.com’s percentage of alumni who reported having high job meaning.

Clark also is ranked at No. 20 on the list of schools with the happiest students, No. 17 among schools most engaged in community service, and No. 17 on the ranking of schools with “lots of race/class interaction”; it also appears on the unranked lists of “Best Northeastern Colleges,” “Colleges that Pay You Back” and “Green Colleges.”

“The Best 382 Colleges” (Random House/Princeton Review) commends Clark University and others for outstanding academics, which is the primary criterion for selection of schools for the book. The choices are based on institutional data collected about schools, visits to schools over the years, feedback gathered from students, and the opinions of Princeton Review staff and its National College Counselor Advisory Board.

The Princeton Review does not rank the colleges from 1 to 382 in any category.  Instead, it uses students’ ratings of their schools to compile 62 ranking lists of top 20 colleges in the book in various categories. The lists in this edition are entirely based on The Princeton Review’s survey of 137,000 students (about 358 per campus on average) attending the colleges. The full methodology for the rankings can be found here.