His research in polymer science has application for solar, hydroelectric and wind power
By Clark News and Media Relations 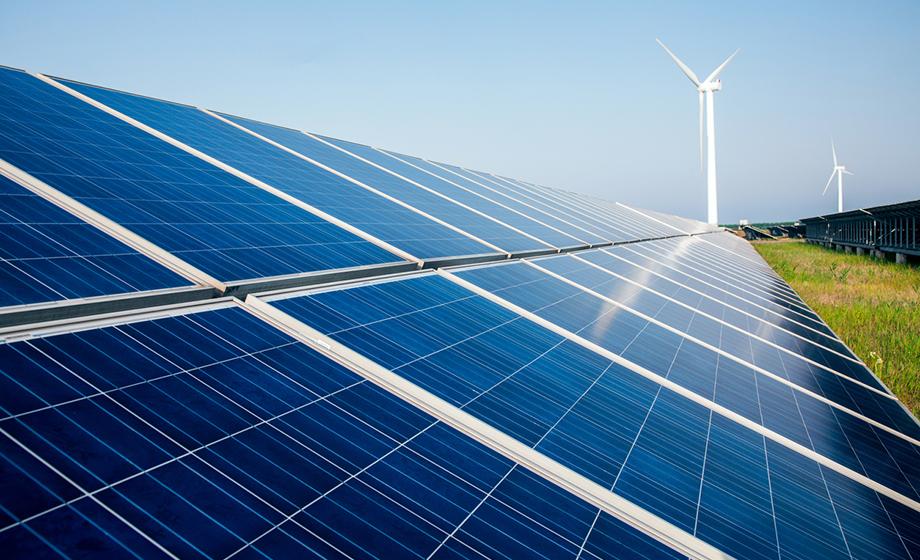 Granados-Focil is among just 65 scientists named to the 2017 class of ACS Fellows. The fellowship recognizes his work on the development of well-defined ion-conducting polymers and his efforts on behalf of incorporating polymer science into the chemistry curriculum at Clark and beyond. He is past chair of the Polymeric Materials: Science and Engineering (PMSE) Division of the ACS, and the fellowship also honors his “sustained and dedicated volunteer service” to the PMSE.

Granados-Focil’s research group focuses on ionic transport through polymeric matrices for the development of devices that allow the large-scale use of renewable energy, such as high-temperature fuel cells, redox flow batteries, lithium-ion batteries and dye-sensitized solar cells. His research also involves the synthesis of polymeric composites for temperature regulation in buildings, and the development of sensors for environmental and biomedical applications.

“The work from our lab helps understand the basic principles governing ion transport in polymers, allowing the development of many new materials required for the widespread adoption of renewable energy alternatives, such as solar, hydroelectric and wind power,” Granados-Focil said. “Other efforts in the lab produce materials that enable the construction of more energy-efficient buildings and generate ion-selective sensors for water quality studies and for clinical analyses.

“The interdisciplinary nature of this work allows students to acquire hands-on experience, not only in organic or polymer synthetic chemistry, but also in a wide variety of characterization techniques. While striving to control and tailor the properties of these new compounds, they will also have the opportunity to collaborate closely with peers from other disciplines working toward the same broad goals.”

The Fellows announcement appears in the June 19 issue of the ACS Chemical and Engineering News magazine. Fellows will be honored formally at a ceremony and reception during the Society’s 254th National Meeting and Exposition in Washington, D.C., in August.

Granados-Focil received a Ph.D. from Case Western Reserve University and an M.S. and B.S. from the Universidad Nacional Autonoma de Mexico.

The American Chemical Society serves more than 157,000 members globally, providing educational and career development programs, products, and services. As the largest scientific society in the world, it is a leading and authoritative source of scientific information.