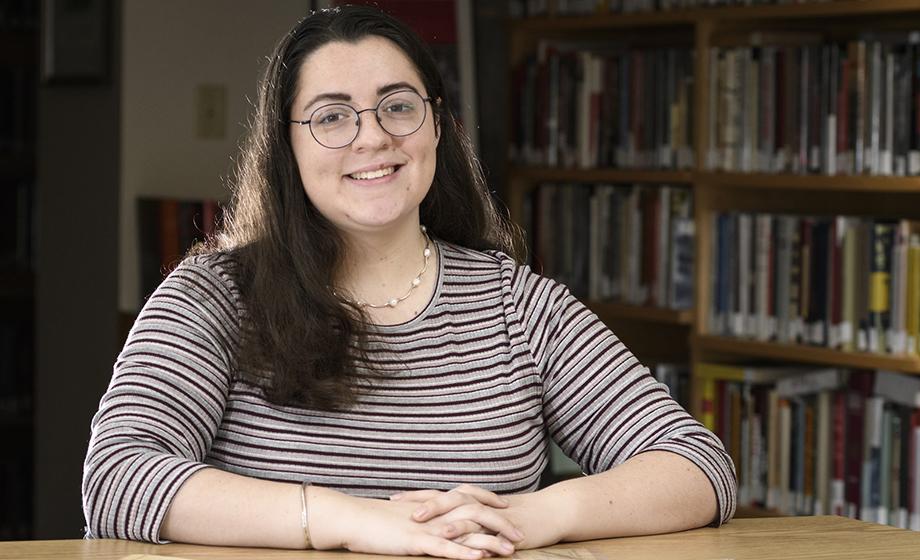 Marisa Natale ’17 had never considered a major in history, let alone pursuing a doctorate in the discipline. With the encouragement of her academic adviser, Nina Kushner, however, the Clark University graduate is now applying to Ph.D. programs to study Middle Eastern history from the perspective of gender.

Natale decided on her major because Kushner, associate professor of history, showed her how studying history can lead to understanding almost all dimensions of public life.

“Contentious concepts like ‘the environment’ or ‘the traditional family’ have roots, and through studying history, we can understand how they came to be in common parlance,” Natale says. “Especially from the perspective of women’s history, understanding how we construct ideas like ‘womanhood’ and ‘masculinity,’ and how those ideas have changed over time, brings so much richness to my understanding of the contemporary world.”

Kushner has been a motivating force throughout Natale’s four years at Clark. She not only suggested that Natale, a first-generation college student, pursue history on the professional level but also helped her realize her potential as a scholar.

“As a first-generation student, the idea of getting a doctorate was completely out of my league, or so I thought,” Natale says. “Professor Kushner showed me that I could be more than I could have possibly imagined for myself when I began at Clark. I have her to thank for the person I have become, personally and professionally.”

Natale recently completed her honors thesis on the involvement of women in the Palestinian nationalist movement between 1988 and 2006. Her thesis adviser was Douglas Little, professor of history.

“My thesis came about as a result of my interest in gender and social movements, particularly progressive social movements that seek to reimagine the world in new ways,” Natale explains. “The Palestinian nationalist movement was articulating a vision of a world in which a Palestinian state existed, so where did women fit into that vision? How did they contribute to constructing it? How did that vision and women’s participation in it change over time?”

Her paper explores the First and Second Intifadas, the uprisings that occurred nearly two decades apart.

“These were periods of intense chaos and popular participation in the movement,” she says, “so what did women’s roles look like in 2006, and how did they differ from 1988?”

Now that she’s finished with her thesis and her time at Clark, Natale looks back fondly on her experience here.

“I have really appreciated how hands-on learning and actually doing is such an integrated part of the curriculum here,” Natale says. “Clark has helped me try out my discipline, which has helped cement me in my current life path. I also feel that Clark has helped me learn about myself and develop my ability to prioritize what’s truly important.”