Geography, art history, and a passion for Bogotá 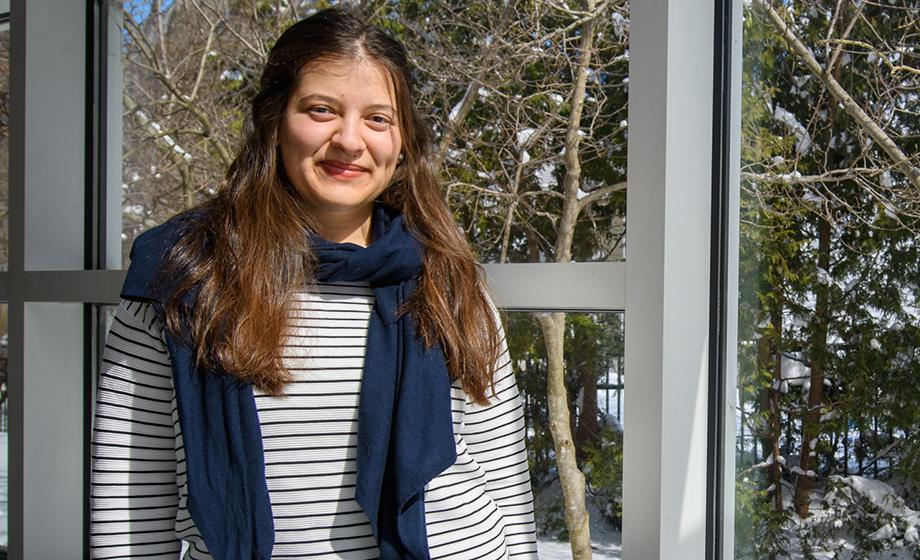 For Maria Luisa “Lulu” Escobar Pardo ’17, Clark University has been a place to explore different outlooks on herself and the world, as well as intensely study global environmental issues. But as Escobar Pardo graduates this May, she is eager to return home to Bogotá, Colombia, to refocus on, and serve, her country.

At Clark, Escobar Pardo developed an interest in geographic information system (GIS) technology, which has been the bridge between her two majors: art history and geography. As someone with a passion for art who learns visually, she finds that GIS can help her better grasp geographical information and conduct research, whether she’s using satellite imagery to assess mangrove deforestation rates in Madagascar for a class project or – as she hopes to do in the future – developing environmental policies and working in international disaster prevention.

After graduating this weekend, she’s headed to NASA Develop’s regional office at the University of Georgia in Athens to assist with environmental monitoring this summer. Then she plans to return to Bogotá not only with these technical skills but an enhanced sense of urgency to rebuild the country in the aftermath of a 52-year civil war that killed more than 200,000 people, and became Latin America’s longest running conflict.

“I want to help my country move past its wartime,” Escobar Pardo says. “There are a lot of things I believe in that I’d like to see, and be a part of, in Colombia as they happen. Colombia is a country that is still reinventing itself. It’s a country that’s still being sculpted in a way.”

Escobar Pardo already has put her art history skills to use in Colombia. Captivated by the cultural landscape hidden within her bustling hometown, she spent last summer in Bogotá participating in a LEEP project focused on historic preservation. Her interest had been piqued after she heard that her mother’s childhood home had been named a “heritage house” for its historically significant architecture and surrounding neighborhood.

Architecture is tied to Bogotá’s identity, Escobar Pardo says, and reminds people of the city’s glorious past. Determined to protect Bogota’s hidden historical gems, Escobar Pardo worked with Salvaguarda, an architectural preservation organization, to conduct interviews and do photographic and archival research for a team working to protect the deserted Estación de la Sabana, once the city’s largest train station.

While she learned from the experience, Escobar Pardo decided to focus on geography during her senior year. She conducted research this spring on the mining industry’s impact on communities and the environment in Honduras. The research was part of a collaboration between John Rogan, her adviser and an associate professor of geography, and Oxfam America.

Escobar Pardo has welcomed the opportunity to explore two fields of study about which she is passionate, and to work in a collaborative environment at Clark where “the emphasis is more on learning and furthering our collective knowledge.”

Now that she’s graduating, Escobar Pardo says, “I feel as though I have developed the character to strategize and tackle any challenges that may come my way.”