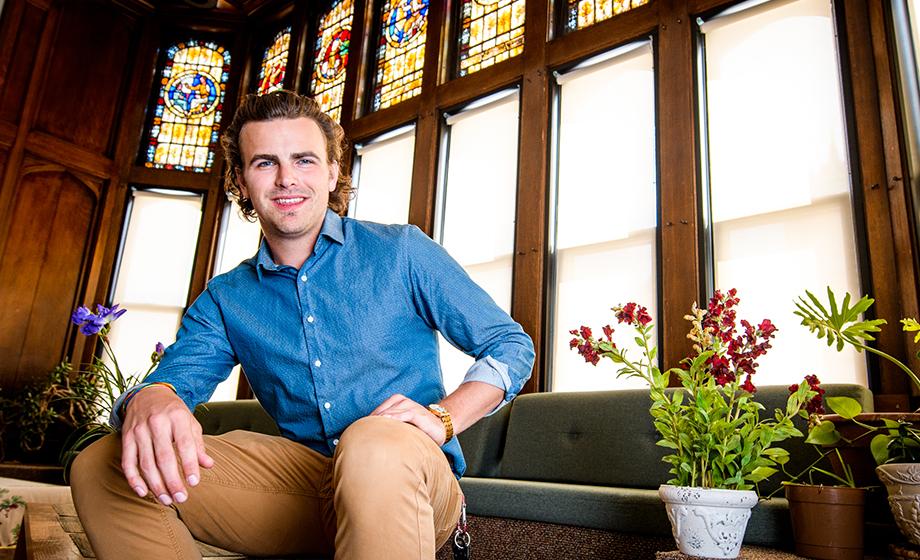 John Hite ’17 has used his double major in geography and Spanish at Clark University to work with communities in Mexico. From helping create more sustainable methods of raising chickens, to developing a policy brief to mitigate deforestation, he has lived up to Clark’s motto: “Challenge Convention, Change our World.”

In between high school and Clark, Hite, of Royersford, Pennsylvania, took a gap year and spent five months in Nicaragua learning Spanish. He fell in love with the language, and declared a Spanish major as soon as he hit campus his first year.

Hite’s interest in geography, meanwhile, was sparked by his love of politics. He enjoys the interdisciplinary nature of the discipline.

“I think that the thing I love about geography majors is that they are able to look at an issue from a number of different conceptual areas, and are very good at asking questions and deconstructing conflicts, arguments or ideas,” he says.

The summer after his sophomore year, Hite completed a two-month LEEP project in Mexico studying sustainable chicken farming. Many chickens on small-scale farms in Mexico range freely, which can expose them to the cold and to predators; in addition. Farmers have difficulty locating the birds’ eggs.

As a solution, farmers have turned to mobile hen houses.

“I joined in with the work that two missionaries are doing in Mexico, building mobile hen houses to keep chickens both safe and contained,” Hite explains. “It was a great experience combining my understanding of sustainable development through geography, and my ability to communicate in Spanish with community members.”

“We worked on behalf of an organization interested in mitigating deforestation in several key areas around the world,” Hite says. “I worked on understanding clash points between extractive industries and forested communities in Mexico, and all together we worked toward creating a policy brief for the organization.”

Hite credits Dean Robakiewicz, associate dean for student academic success, with mentoring him and helping him pursue goals while at Clark.

“He has helped further my career at Clark, pushed me to take chances and apply for scholarships and internships,” says Hite, a member of the Phi Beta Kappa Society. “He makes it very clear to all students that he wants the best for you.”

After graduating this May, Hite plans to work for the Conservation Law Foundation to build a zero-waste project for Lawrence, Massachusetts. He also plans to apply for Fulbright and Gates Cambridge scholarships.

Clark has prepared him for life after college, he says, by teaching him how to think critically, as well as giving him a wide range of research opportunities and experiences.

“I have had to analyze and deconstruct many theories and ideas,” Hite says. “I was constantly being pushed by professors to question my previous understanding of the world in order to gain new insight into a situation.”