‘You just have to think differently,’ entrepreneurial editor says 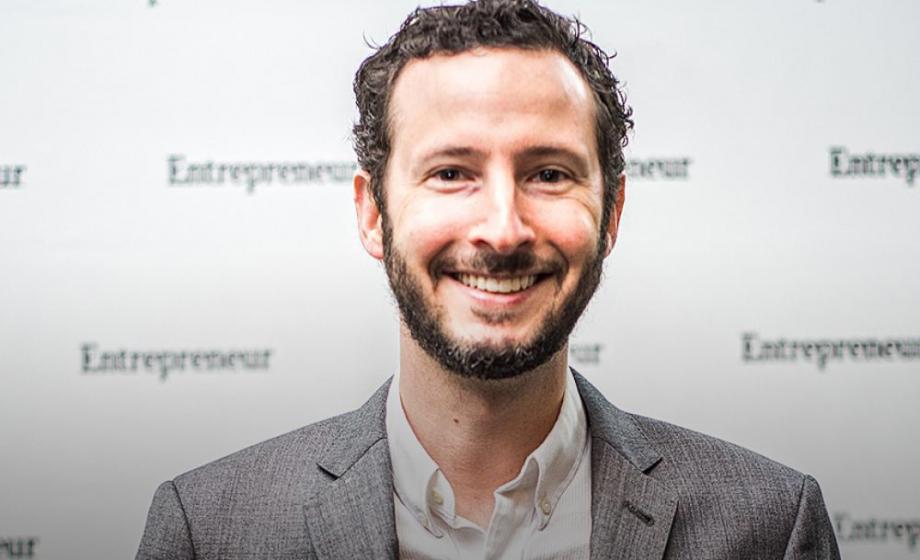 When Jason Feifer ’02 heard Reid Hoffman, co-founder of LinkedIn, use the term “permanent beta” for the first time, it struck him.

“I took a piece of paper, wrote down the words and hung it on the wall,” Feifer said while delivering the keynote speech at the Innovation and Entrepreneurship Program’s 10th Anniversary Event on March 31 in Tilton Hall.

During the 35-minute address, Feifer used personal experience and entrepreneurial stories to explain how the drive to constantly evolve and improve himself — the essence of permanent beta — resonated, from his early days as a writer for the student-run Wheatbread Magazine to his current role as editor-in-chief at Entrepreneur Magazine.

“I was never a sit-in-the-classroom kind of person,” he said. “I was a go-and-experience-it person.”

After getting his feet wet working on Wheatbread, which he described as a satirical publication, he worked as a reporter for The Gardner News and the Worcester Telegram & Gazette. He wanted to expand his writing profile, though, and started cold-pitching editors at national publications.

After a conversation with a Washington Post editor, he realized he needed to convince editors he could do the work, not just say he could. He wrote an extensive story outline and found sources to gain approval to write his first major piece.

“You can be a small fish and still address the big fish,” he said. “You just have to think differently, so I did.”

His career trajectory continued upward from there. Feifer landed positions at Boston Magazine, Men’s Health, Fast Company and MAXIM, and he freelanced for New York magazine, The New York Times, GQ, ESPN the Magazine and Salon. He approached each job wanting to build a skill set that would be applicable wherever he went next.

“I needed to start being conscious about what I was lacking and where I could get it,” he said.

His skills came together at Entrepreneur Magazine, where he gets to think about overall direction as the face of the publication. Noting the evolving perceptions of entrepreneurship, he said he’s approaching the magazine, website and new partnerships by sharing experiences common to all entrepreneurs, reaching them on a personal level rather than blanketing them with content.

“Entrepreneurship is the perfect subject to talk about right now,” he said. “Anyone from all walks of life and backgrounds can be an entrepreneur now, so it’s about how the magazine can be that brand that speaks to all those people.”

The two-day celebration was sponsored by the Innovation and Entrepreneurship Program, the Graduate School of Management, the Markets & Business Networked Community, and the Bill ’53 and Agnes Hausrath Fund for Business Leadership