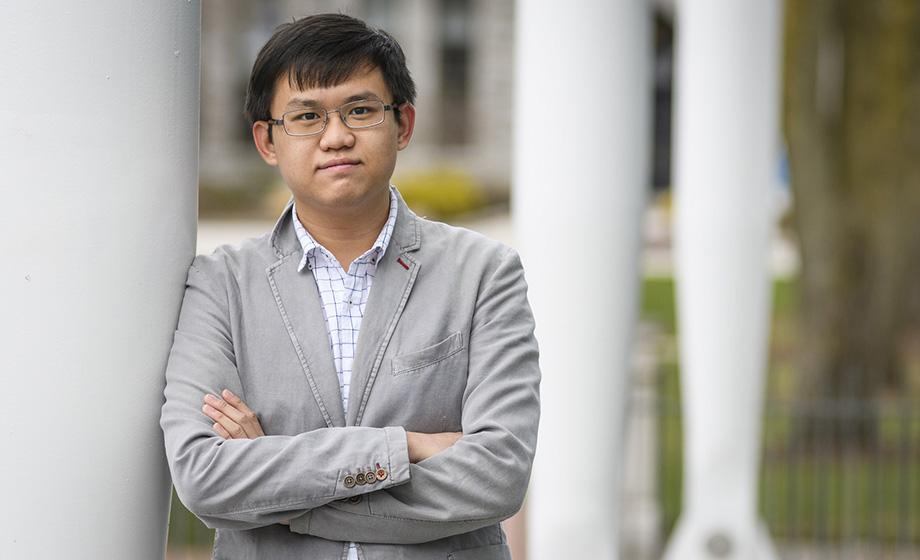 Whether he’s walking the red carpet at the Cannes Film Festival or just across campus to meet with an adviser in the Alumni and Student Engagement Center, Phat Tran ’19 knows he’s striding toward a successful future.

The screen studies and management major credits a combination of factors for his confidence – a love of film, prior experience, and support from Clark University faculty, staff members and alumni.

“The resources available are incredible and go way beyond the classroom,” he says. “Clarkies are extraordinary, and we come together to help one another as a whole.”

Drawn to the creative process of filmmaking and the business aspect of the film industry, Tran works closely with his faculty advisers Professor Hugh Manon in the Visual and Performing Arts Department, who introduced the idea of a senior film thesis and LEEP Project, and Laura Burgess, program director in the Graduate School of Management.

“Film has always been my world and I want to create an art piece powerful enough to impart an impactful message and help change our world for the better,” Tran says. “The screen studies major offers hands-on experience and the flexibility of choosing your own path and the large alumni base helps current students on their way to achieving their dreams.”

Prior to enrolling at Clark, Tran built an impressive portfolio of visual and graphic arts projects in Vietnam. In 2016, he secured an internship at the Marché du Film at the 2016 Cannes Film Festival, during which he set up meetings, networked with film industry professionals, and attended several film premieres, including the acclaimed Korean film “Train to Busan.”

Tran used each interaction as a learning experience and drew inspiration from many of the people he met, like the young actress Kim Soo-an, who starred in “Train to Busan.”

“All of their stories have one thing in common: they never stopped looking for what makes them click, what gives them the motivation to push their creativity beyond boundaries,” he says. “I believe these experiences allow me to aim higher knowing I can succeed in the future.”

Tran hopes his passion for the financial side of filmmaking, combined with connections he’s forging at Clark and his creative spirit, will result in a post-production job after graduation and ultimately, lead to a career as a filmmaker.

“I’ve been really inspired at Clark to move forward and not be afraid of putting myself out there,” he says. “That’s a really important mindset for the future, and it’s especially true when my career involves a lot of venturing out into the open world, keeping an open mind to possibilities, and making critical connections.”