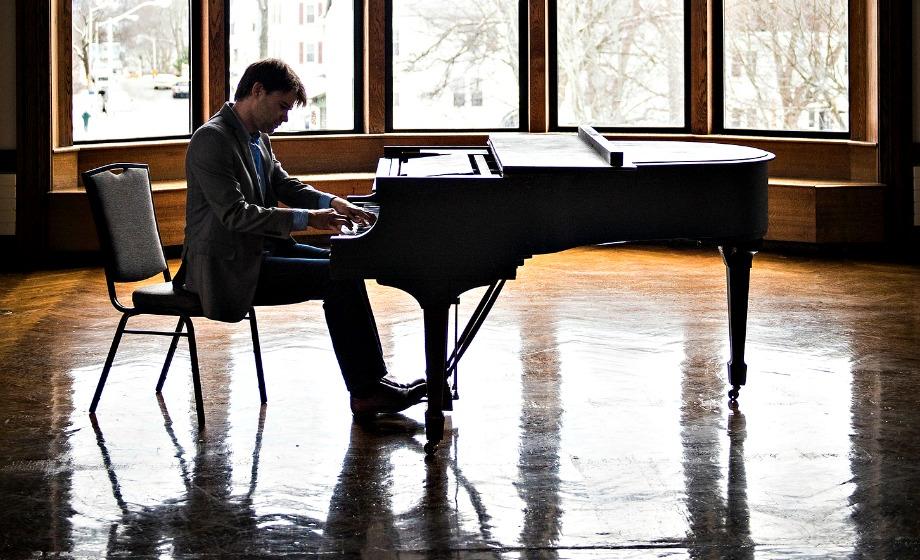 John Aylward, associate professor of music composition and theory at the Clark University Department of Visual and Performing Arts, received a 2017 Guggenheim Fellowship. He is one of 173 current fellows representing scholars, artists, and scientists from a variety of disciplinary backgrounds, selected from among more than 3,000 applicants.

Professor Aylward is a composer, conductor and performer of piano, drawing inspiration from a range of philosophical and poetic sources. His music comprises solo works, chamber music, orchestral work, and music for film.

The 2017 Guggenheim Fellowship is only the latest in a career of high notes. Earlier this year, Aylward received a commission from the Fromm Music Foundation, and he has current assignments from members of Klangforum Wien, Amanda Bartlett, Samuel Solomon and Keiko Murakami.

Aylward’s honors include a Goddard Lieberson Fellowship from the American Academy of Arts and Letters; a Radcliffe Institute Fellowship from Harvard University; a Koussevitzky Commission from the Library of Congress; a Fulbright Grant to Germany; and First Prize from the International Society for Contemporary Music (ISCM). He also received fellowships from the MacDowell Colony, Tanglewood, the Aspen Music School, the Atlantic Center for the Arts, and the Virginia Center for the Creative Arts.

Aylward received a Ph.D. in music composition and theory, as well as an M.F.A. at Brandeis University. He earned a bachelor’s degree in piano performance, with honors, at the University of Arizona.

Since its establishment in 1925, the John Simon Guggenheim Memorial Foundation has granted more than $350 million in fellowships to more than 18,000 individuals, among whom are scores of Nobel laureates, Fields Medalists, Turing Award winners, poets laureate, members of the various national academies, winners of the Pulitzer Prize, and other important, internationally recognized honors. The Guggenheim Fellowship program remains a significant source of support for artists, scholars in the humanities and social sciences, and scientific researchers.

More information on the Fellows and their projects is online.