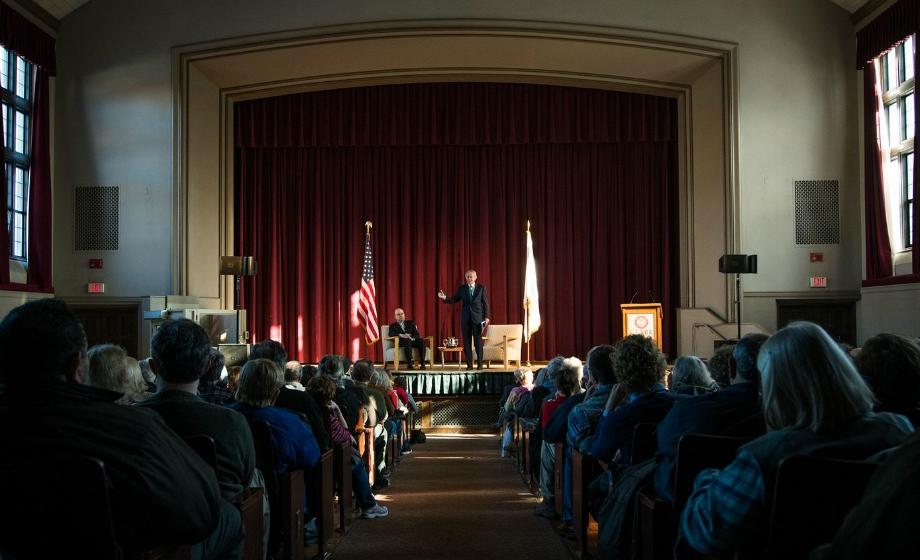 Clark President David Angel welcomed those who’d come to hear from and engage with Congressman McGovern and Senator Markey.

“We believe deeply that when we confront really difficult problems in our society, whether it be issues of hunger or homelessness or job opportunities, if we work together and bring our best ideas and our passion and our commitment — also if we bring our compassion to the table — we can create and identify new solutions,” Angel said.

Angel then introduced Worcester Mayor Joseph Petty, who acknowledged several dignitaries in the crowd and expressed his pride in being mayor of “the most welcoming city in Massachusetts.”

Among many topics, Congressman McGovern discussed the Affordable Care Act, agreeing that it must be “tweaked” at least. He also expressed concerns about the president’s budget blueprint.

Senator Markey spoke about cuts to the Environmental Protection Agency, saying to “deny science runs contrary to what Clark University is doing every day to instill in their students respect for the role it plays.”

After the lawmakers’ remarks, dozens from the audience lined up for a chance to take the microphone and question the legislators directly. Topics included health care for patients on Medicaid; universal background checks for gun ownership; how “genteel Democrats” lost to “Republican streetfighters”; electoral votes and the effect of candidate Bernie Sanders’ platform; Supreme Court nominee Neil Gorsuch; immigration and travel restrictions; foreclosures; and more.

When the extended time for questioning was up, the lawmakers invited further feedback from anyone wishing to contact their offices.