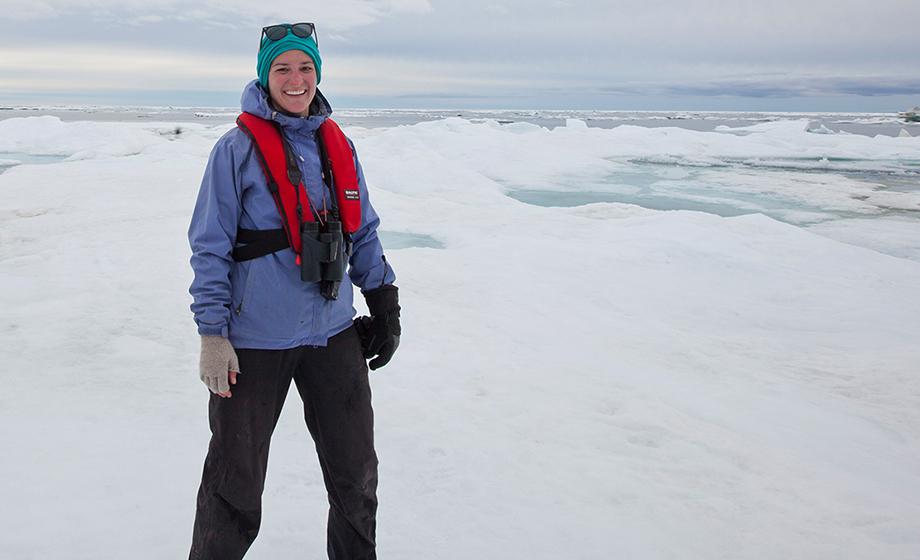 Researching spoon-billed sandpipers in the Arctic might not sound like a job for a prospective M.B.A. student, but that’s exactly what led Meghan Kelly down the path toward graduate school at Clark University.

In a recent blog article for the Association to Advance Collegiate Schools of Business (AACSB) International’s BestBizSchools website, Kelly talks about the research and travel experiences that prompted her to pursue a dual M.B.A. and M.S. in environmental science and policy at Clark – and why an M.B.A. can help environmentalists develop more effective policies and solutions.

“The collaborative nature of conservation work requires the ability to communicate with multiple stakeholders,” she writes. “An understanding of environmental science concepts provides a solid foundation in which to develop solutions to environmental problems. Developing proficiency in the skills offered by an M.B.A., such as accounting, finance, and management, is an essential component to integrating disciplines to make these solutions resourceful.”

Kelly started at Clark in fall 2016, just after returning from a scientific expedition in the Arctic for Heritage Expeditions, a New Zealand-based expedition travel company. As cruise director for Heritage’s research vessel the Spirit of Enderby, she accompanied a group to Wrangel Island, a protected nature sanctuary in the Arctic Ocean, near Alaska and Siberia, and administered by the Russian government. She has worked for Heritage since 2011, traveling not only to the Arctic but to Antarctica, the South Pacific and the Far East.

In an article for Clark’s ResearchMatters news hub, she talks about spotting a spoon-billed sandpiper last summer.

“I couldn’t believe it,” Kelly says. “I grabbed my camera and took as many photos as I could and then called my colleagues to let them know I had seen another nesting pair. I was the only one to see that pair. It was special.”

To effectively protect species like the spoon-billed sandpiper, Kelly plans to apply what she learns at Clark.

“This critically endangered species experienced a rapid population decline due to habitat loss and degradation in several countries along its breeding and migratory range,” she writes. “In order to save the species, scientists must collaborate with policymakers, local communities and business leaders to create integrated solutions that address a range of issues that affect not only the spoon-billed sandpiper but the communities it calls home.”