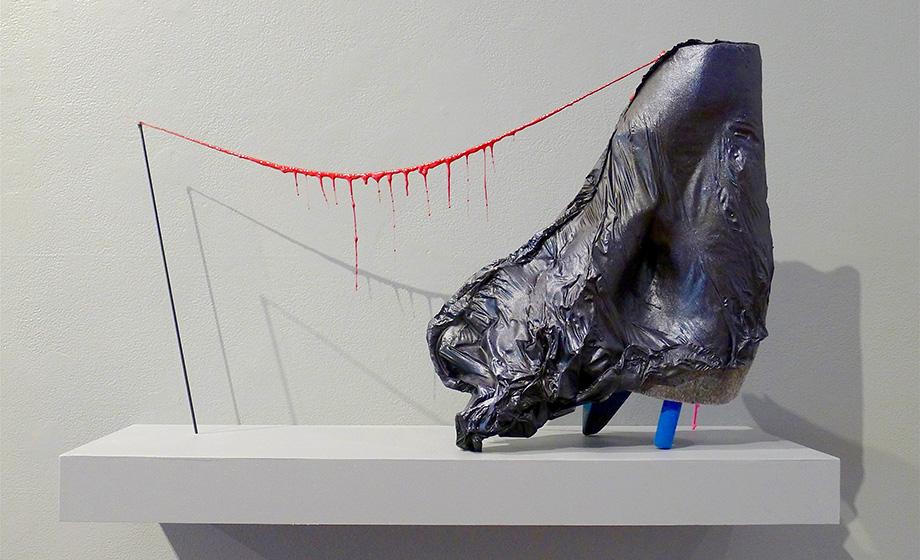 Clark University will host “Recursive,” a solo exhibit by Johnathan Derry, sculptor and adjunct professor in the Department of Visual and Performing Arts, from Monday, March 13, through Thursday, April 20 at the Schiltkamp Gallery in the Traina Center for the Arts, 92 Downing St., Worcester. An opening reception will be held at the gallery at 4 p.m. Thursday, March 23; an artist talk will begin at 4:30 p.m. 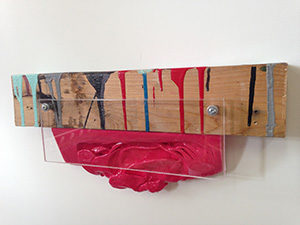 Derry’s sculptures use found objects and “detritus that is the residue of our material world.” He combines humble materials in surprising and often paradoxical ways and new associations and meanings emerge. Derry’s work engages both comic and melancholy themes and allows the poignancy of some of the repurposed objects to inflect the overall tone of the newly constructed piece.

He describes his work as “a set of objects… that have the hallmarks of a Totem disassembled on the floor needing the viewer to act as an anthropologist to transcribe the significance.” 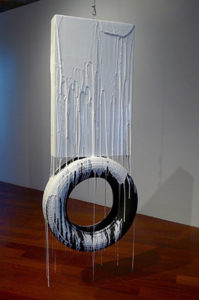 Derry, a member of the Boston Sculptors Gallery, maintains a studio in Pawtucket, Rhode Island and exhibits his work actively in the Northeast and New York City. He has taught sculpture courses in Clark’s Studio Art Program since 2012.

This exhibition was installed by students in ARTS 296 Gallery Culture & Practice, a Problems of Practice course in which students explore opportunities to connect what they learn in the classroom with issues and matters faced by professionals working beyond the campus.