Leading scholar to speak on race, class and inequality 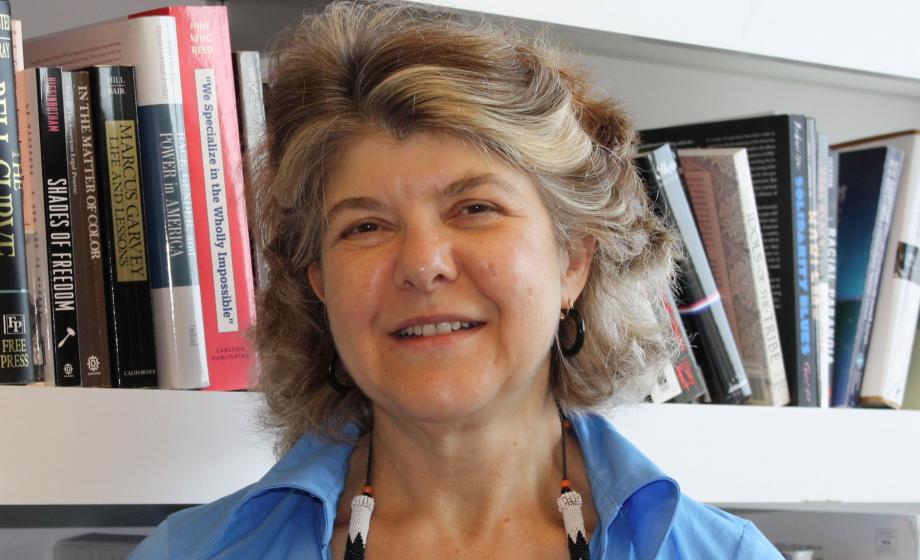 Leading scholar and author Jennifer L. Hochschild will present a free, public lecture, “ ‘Here They Treat Us Like a Different Race’: Political Implications of Class-in-Race Inequality,” at 5 p.m. Thursday, March 23, in the Higgins Lounge at Dana Commons, Clark University.

Hochschild’s lecture is part of the Phi Beta Kappa Visiting Scholar Program, and also is an official launch event for the recently established Center for Gender, Race and Area Studies (CGRAS) at Clark. The two-day series (March 23-24) will include a colloquium, public lecture, a master class on “Trump’s Election and Presidency: What Happened? And What Happens Next?” and, finally, a reception and discussion on a topic based on one of Hochschild’s notable publications, “Do Facts Matter?”

The program is sponsored by the Center for Gender, Race and Area Studies, co-hosted with the Office of the President, Office of Diversity & Inclusion, and the departments of Biology, Holocaust & Genocide Studies, History, English, and Political Science through the Chester Bland Fund.

Hochschild is a recent past president of the American Political Science Association and is the Henry LaBarre Jayne Professor of Government and Professor of African and African American Studies at Harvard. Her research and teaching centers on the intersection of American politics and political philosophy, particularly in the areas of race, ethnicity, and immigration, and on the developing politics and ideologies around the societal use of genomic science. She is the author or coauthor of “Do Facts Matter? Information and Misinformation in American Politics”; “Creating a New Racial Order: How Immigration, Multiracialism, Genomics and the Young Can Remake Race in America”; “Bringing Outsiders In: Transatlantic Perspectives on Immigrant Political Incorporation”; and “The American Dream and the Public Schools.” She also is a fellow of the American Academy of Arts and Sciences and is the founding editor of Perspectives on Politics (APSA).

The Center for Gender, Race and Area Studies (CGRAS) is an association of seven interdisciplinary programs at Clark – Africana Studies, Asian Studies, Comparative Race and Ethnic Studies, Holocaust and Genocide Studies, Latin American and Latino Studies, Peace Studies, and Women’s and Gender Studies – whose core mission is the study of diverse, historically marginalized societies and populations with an emphasis on the promotion of social justice.

The Center facilitates the interaction and collaboration among faculty and students from diverse backgrounds and all members of the campus community who are interested in diversity, whether defined in terms of race, gender, ethnicity, geographic origin, or historically disadvantaged status in one form or another.

Mr. and Mrs. Bland established the Chester and Shirley Bland History Fund in 1969 in honor of Professor Dwight E. Lee. The lecture series supported by this gift brings distinguished historians to Clark to present their scholarship in a free and open public setting.