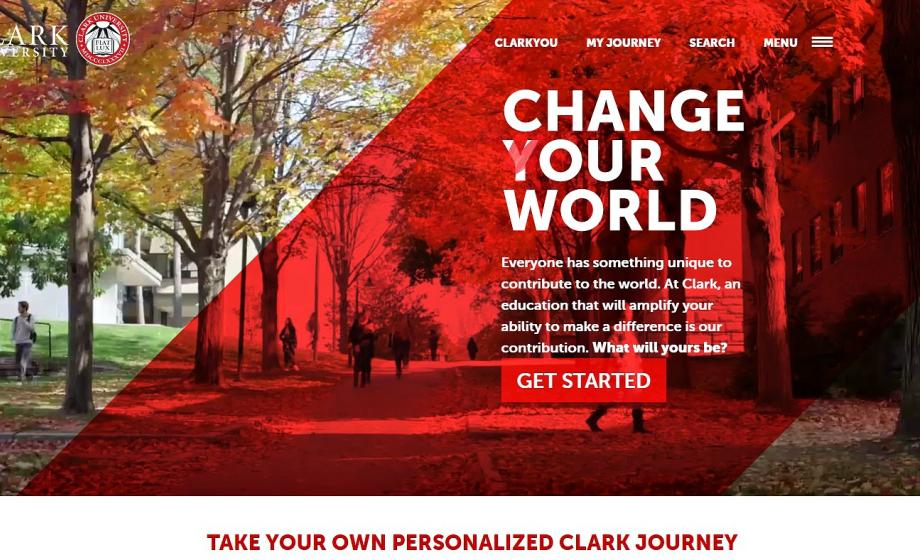 Clark University’s website continues to garner professional recognition for its bold, interactive redesign. In February, Clark and external design partner KWALL received the Best in Class distinction from the Interactive Media Awards for displaying “the very best in planning, execution and overall professionalism.”

In the university category, the Clark site also came in just shy of a perfect score (494 out of 500), based on a system that judged design, content, feature functionality, usability and standards compliance.

Other recent recognitions for Clark’s website include a Gold Award in the 2017 Council for the Advancement and Support of Education (CASE) District I Excellence Awards; “Best in Higher Education” 2016 Acquia Engage Award; and the Silver Award for Institutional Website in the competitive Higher Ed Marketing Report’s Educational Advertising Awards.