Drawn to their art: Cartoonists on why comics go outside the lines 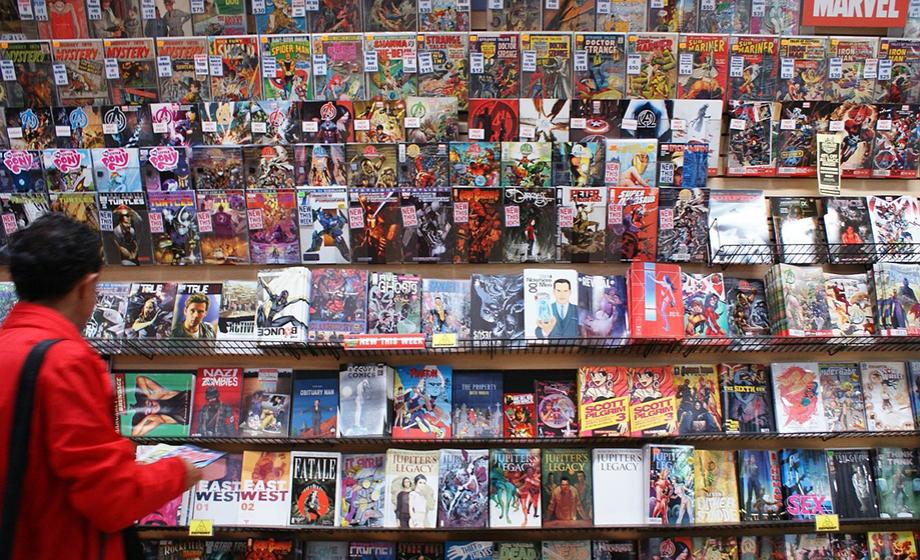 Cartoonists James Sturm and Caleb Brown spent time at Clark on Feb. 7 talking about the joys and challenges of their profession as they opened the exhibit “Cartooning: Sense, Nonsense, Applications” at the Higgins Lounge in Dana Commons. Curated by Sturm, co-founder of the The Center for Cartoon Studies, the exhibit will be on display through May 22 as part of the Clark University Higgins School of Humanities spring series on the subject of humor.

Presentation attendees were invited to do some brainstorming. Everyone in the room was handed a pencil and an index card, and asked to draw or write about their relationship to comics. What started out as a little exercise quickly turned into a survey of how people relate to graphic media. Despite popular claims that comics are flat and easy to read, modern graphic design and comics can be as aesthetically pleasing and as complex as good poetry, Brown said. Most importantly, “Comics can be soul food.”

The artists noted that, like fine literature, comics can be a very passionate and personal medium, despite the overbearing presence of superheroes. One audience member’s confession, “I enjoy comics, but I don’t take them too seriously,” reflected the lack of seriousness often accorded comics. Sturm pointed out that many recently published comics are penned or drawn by single individuals; the protagonists often inspired by the author’s own experiences. The commitment of these artists to their craft lends credibility to their work — embodied in the Higgins Lounge exhibit.

Some survey respondents noted some comics are easier to understand than others, and those that take significant time to read and understand fully often discourage readers. The onus, then, is on the cartoonists to communicate clearly, the artists said. Comics are supposed to be accessible for a wide audience while still being immersive, engrossing and informative, Sturm insisted, adding, “If I don’t understand a comic, then it’s a stupid comic.”

As reflected in the presentation, there remains some confusion over the term “comics” itself, as it designates both medium and genre. Comics have always been subversive, offering not just venues to escape boredom, or to detoxify stressful situations with humor, but also to jab at conservative and liberal misconceptions of how the world works.

The medium has seen a lot of change. The Golden Age of comics saw superheroes rise to popularity in the ’40s, shaping the industry and its popular perception for decades. The alternative Comix scene in the ’60s reestablished comics as an adult medium after the Comics Code Authority’s gag on adult topics in the medium. The ’80s brought Maus, Watchmen, Sin City, Sandman, and many other titles, leaving no doubt that comics merited critical analysis and commentary.

Today, more artists profit from modern distribution options, leading to a wealth of artistic visions of our world and its challenges. Cartoonists, as Sturm experienced himself, not only speak to their own experiences, but they help those who struggle to put their stories into words and images to make themselves heard.