Sound advice for a theatre career

Clark student given sound advice for a theatre career 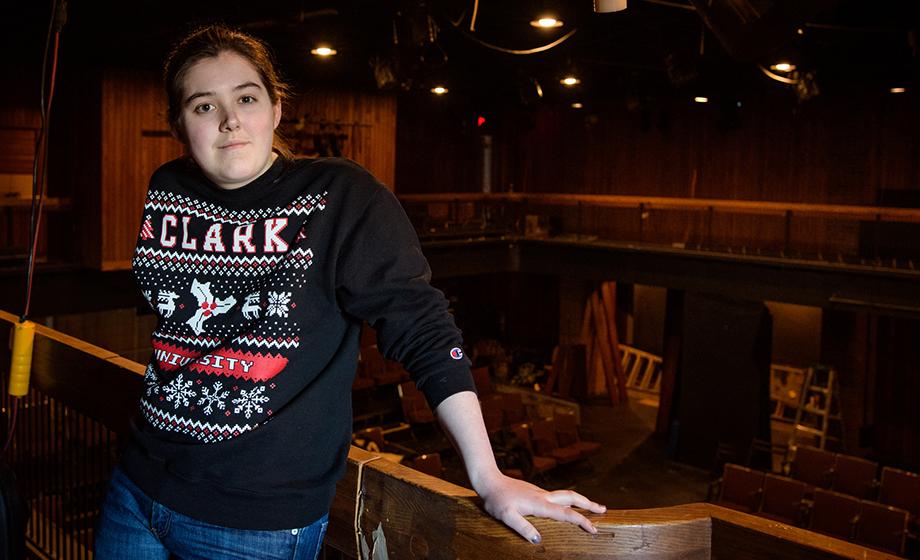 Upon arriving on campus, R Baldwin ’19 fell in love with the atmosphere at Clark University: the freedom to pursue an academic interest alongside students and faculty who push you to be your best.

“Clark is really good about giving students flexibility in their education, which I think is extremely valuable,” Baldwin says.

The political science major, with an international relations track, discovered a passion for sound design while working on a Clark Musical Theatre production as a first-year student. Soon after, Baldwin added a theatre arts major and plans to go into technical theatre/audio engineering as a career.

Baldwin, who works on five shows each semester, says Clark’s intimate size provides the hands-on experience needed in the field.

“Since we have such a small program, I have many more opportunities to work and gain experience on shows than I would at a school that was more focused on the subject,” Baldwin says. “I can see the practice paying off.”

Assistant Professor Suzanne Scoggins fueled the student’s fascination with political science, while Professor Gino DiIorio has assisted Baldwin with figuring out a career path in sound design. Baldwin works closely with Associate Professor Odile Ferly on a French minor (with the hope of studying abroad in the future), and adds that Kevin McGerigle, the theatre department’s technical director, “is the sort of person that I aspire to be.”

“I’ve never had a professor who hasn’t been able to find a time to meet with me when I’ve needed it,” Baldwin says.

Baldwin produced the sound design for the Clark University Players Society’s “Argonautika” and recently brought it to the Design, Technologies and Management Expo at the Kennedy Center ACTF Region 1 Conference, making it to the finals.

“I’m a huge advocate of hands-on learning, and find that I learn best when I’m thrown in the deep end and forced to learn to swim. My experience at Clark is definitely giving me the skills and confidence to carry myself as a professional in my field.”