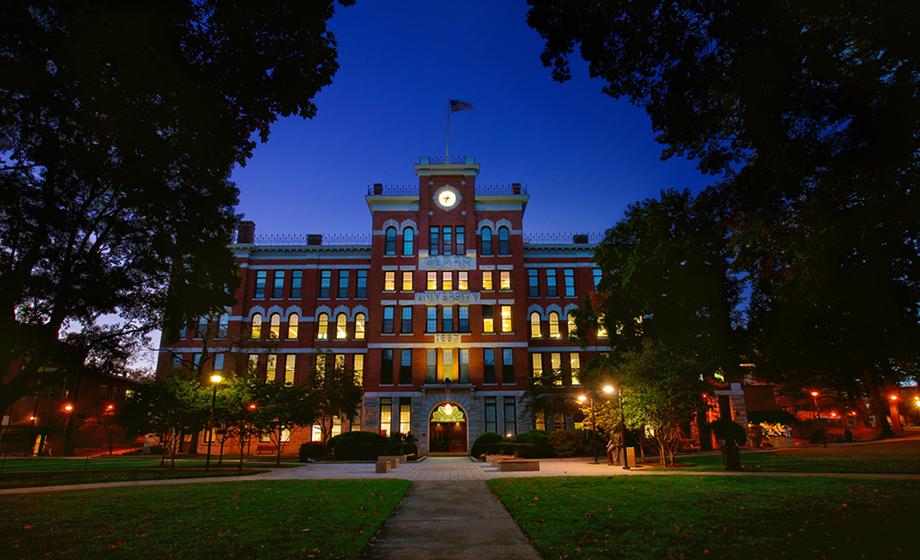 Clark University this week has reiterated and broadened its message of support and welcome for members of its community left vulnerable by a recent executive order that forbids entry into the United States for people from seven predominantly Muslim countries.

Resources available to all Clark students are listed below.

The executive order issued by President Donald Trump, which suspended entry into the United States by foreign nationals from Iran, Iraq, Libya, Somalia, Sudan, Syria and Yemen, elicited a direct response from Clark University and many other universities. This week, Clark President David Angel said students and scholars from those and other predominantly Muslim countries, as well as undocumented students, will continue to receive Clark’s welcome and backing. He said the University has received, and is grateful for, the outpouring of support from alumni, parents and friends of Clark, who have offered housing and pro bono legal services for those affected by the order.

A Seattle judge has placed a temporary restraining order against President Trump’s executive order order and a federal appeals panel rejected the administration’s bid to reinstate the travel ban.

President Angel said Clark University is mindful of the needs of its students and scholars who are challenged by recent events, and said the University is pursuing a comprehensive strategy to deal with the issues raised in recent weeks.

In his Jan. 28 message, President Angel noted that the restrictions imposed by the executive order “negatively impact our core mission of scholarship and teaching, and undermine our capacity to learn from each other within a diverse and global community.” He said Clark was joining with professional and other groups to condemn “these unwelcome and counterproductive restrictions on entry to the United States by students and scholars.”

The Clark faculty last week passed a resolution opposing the executive order as “a tremendous error that will weaken, not strengthen, democratic institutions.” The resolution notes that the faculty stands in solidarity with those affected by the “ignoble order,” and that as an academic institution, Clark’s “success, identity and principles are based on immigration, internationalism, and learning across differences.”

In a separate effort, Student Council President Cory Bisbee ’19 penned an open letter to President Trump urging him to uphold and continue DACA, H-1B visas and general visas for international students. He circulated the letter among fellow student presidents across the country, earning signatures from student leaders from 60 institutions in 27 states and the District of Columbia — Princeton University, Stanford University and the University of Chicago among them — who collectively represent roughly 841,000 undergraduate and graduate students.

Clark University recognizes that in the wake of the executive order suspending immigration into the United States by foreign nationals from Iran, Iraq, Libya, Somalia, Sudan, Syria and Yemen, students may need special support. The list of resources below are available to all undergraduate and graduate students.

Students can make confidential counseling appointments by calling 508-793-7678, or by emailing counseling@clarku.edu.

Students may meet with any of the deans in the office to talk about concerns or challenges they are facing as Clark students. To make an appointment, students can call 508-793-7423, email dos@clarku.edu, or contact:

Office of Diversity and Inclusion

Students can meet to discuss issues related to their Clark experience as well as work with the Office to reserve the Fireside Lounge for group meetings. To make an appointment, call 508-793-7350, or email:

Students can seek personal assistance with matters related to student visas or with their experience as international students at Clark. In addition, the ISSO hosts meetings on the first Wednesday of every month to discuss updates on information related to international student visas and travel. Undocumented students or those with DACA permission can also work with this office. To make an appointment, students should call the Office at 508-793-7762, or email isso@clarku.edu. Students may also email directly:

Students who identify as ALANA (African-American/Black-, Latinx-, Asian/Desi-, Pacific Islander-, Native/Indigenous- American, and multiracial) can find mentoring and support at Clark. Undocumented and DACA students looking for social/academic support are also welcome. Students can participate in identity-based community groups that meet regularly. To make an appointment, call 508-421-3722, or email:

Office of Residential Life and Housing

Students can make an appointment to discuss their residential experience at Clark or apply for on-campus housing by calling 508-793-7453, emailing reslife@clarku.edu, or contacting:

Students can connect with other students on campus through involvement in various clubs and organizations. To learn more about student engagement, call 508-793-7549, or email: