On the importance of ‘good literature’ 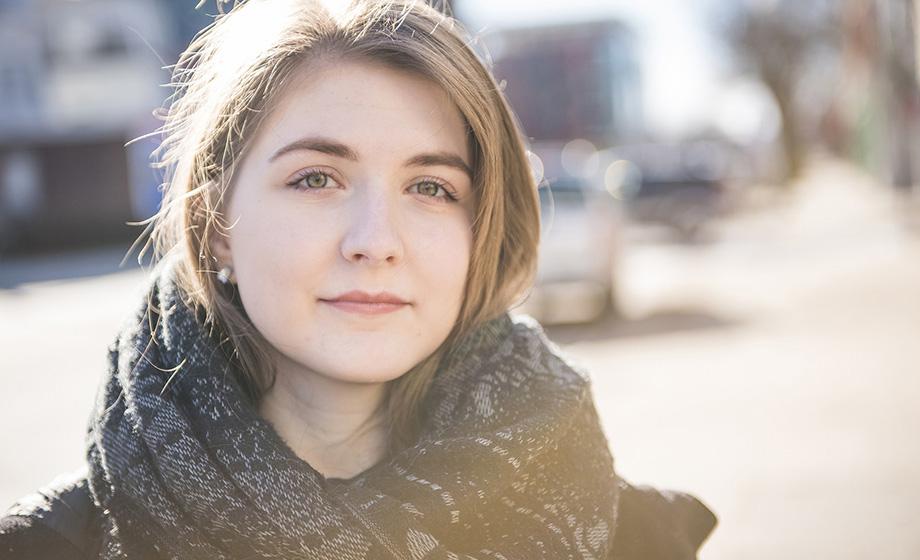 Sometimes, one question can make all the difference — as it did for Clark University English master’s degree candidate Jacqueline Schnieber.

During an independent study with Professor James Elliott about the works of Ernest Hemingway, specifically the Nick Adams short stories, Elliott asked her a question: Why choose to incorporate the character Bugs, a black man, into “The Battler”?

It got Schnieber thinking — she couldn’t come up with a good answer on the spot — and set a lot of things in motion.

“It took me back to considering this and other stories in their historical context and why authors made the choices they did, and I was surprised to see that most criticism I have been reading similarly treated facets of the stories as simply given and not as a meaningful authorial choice,” she says.

Elliott’s question led Schnieber to new avenues of researching literature as a cultural product shaped by its social, historical and political environments.

“Good literature will challenge you to expand your horizon or look at something from a different perspective,” says Schnieber, a Duisburg, Germany, native who earned undergraduate degrees in English and math from Ruhr-Universität Bochum in Germany in 2014. “This is something that Hemingway’s fiction has done for me. Re-reading his short stories in particular always open up new and different ways of looking at the stories and the world around me.”

She hopes to do this for her own students and other scholars in the future as a professor and researcher.

“I think the humanities have an important role to play that is often forgotten,” she says. “Much more than just reading and enjoying books, reading literature can teach us empathy and critical thinking, both of which are truly important considering current events and the political climate.”

“Good literature will challenge you to expand your horizon or look at something from a different perspective.”

She’s currently focusing on gender representations, particularly masculinity, in 19th and 20th-century British and American literature, and has titled her master’s thesis, “In Search of White Manhood: The Construction and Failures of U.S. National Identity in Ernest Hemingway’s Nick Adams Stories.”

In addition, Schnieber will present at two conferences this spring. At the Northeast Modern Language Association convention in Baltimore in March, she’ll present a paper titled “Negotiating Black Masculinity in Hurston’s ‘Their Eyes Were Watching God.’” A month later, she’ll discuss part of her thesis research titled “Black Performance, White Anxiety: The Critique of Hegemonic White Masculinity in Hemingway’s ‘The Battler,’” at the Popular Culture Association/American Culture Association National Conference in San Diego.

Schnieber knew Clark’s master’s in English program would help her reach her goals after learning how it helps prepare students for professional and academic careers. She discovered the benefits of the close-knit atmosphere between students and faculty after arriving in Worcester.

“My fellow graduate students and the professors at the department have become something of a second family to me,” says Schneiber, who currently serves as master’s co-president for Clark’s Graduate Student Council. “I believe my time at Clark has been especially pivotal in finding the areas of literature that I am most passionate about. It has been a great experience because the professors care about their students and support them in every possible way.

“I hope to be able to do the same when I become a professor.”