Classical music gets a jazzy makeover in Friday concert 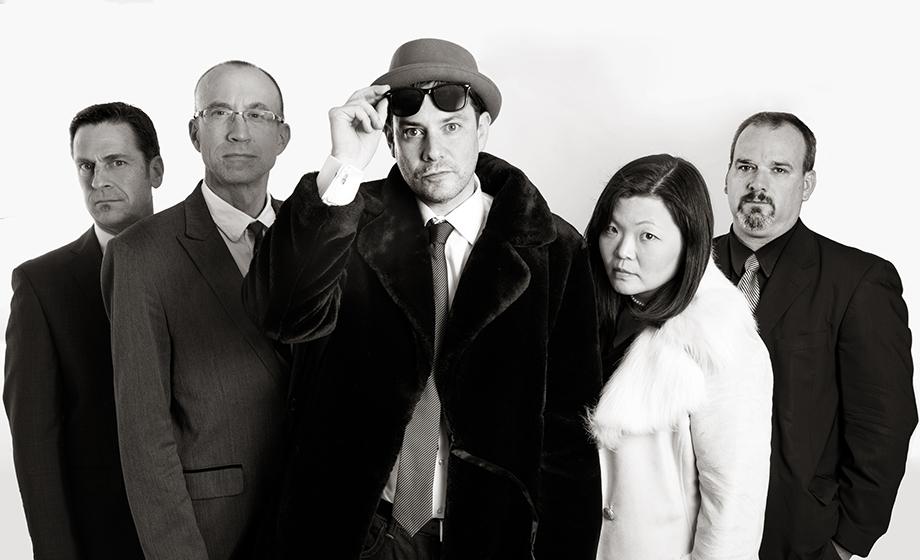 If you look up “jazz” in any reputable dictionary, you’ll quickly discover that its definition is as wide-ranging as its forms. It can be almost anything from smooth to funky, cool to free. But nowhere does even the most comprehensive reference book define jazz as “prehistoric.”

That’s where Eric Hofbauer comes in.

Hofbauer, renowned guitarist and director of jazz ensembles at Clark, will be on stage in Razzo Hall this Friday night with his Eric Hofbauer Quintet, performing “Prehistoric Jazz: Reminiscing in New England.”

In 2013, Hofbauer formed the quintet to record “Prehistoric Jazz, volume one,” a reimagined, pared-down arrangement of Stravinsky’s “The Rite of Spring,” which had premiered 100 years earlier.

“It’s one of my favorite pieces,” Hofbauer says. “It turned out to be a fun and interesting process. We had a good response, so I kept going.” Volumes two and three followed, released in 2013 and 2016, respectively.

The series title was inspired by Leonard Bernstein, who once directed a musician to play his part of “The Rite of Spring” like “prehistoric jazz.” If that’s not quite clear, the idea of the series is: Hofbauer takes classical works and reimagines them for jazz quintet.

Not every classical piece lends itself to a jazz interpretation. “They have to be using the same vocabulary as modern jazz composition and modern jazz improvisation,” Hofbauer explains. “Stravinsky and Ives work because of their choices of chord changes and voices, use of dissonance and scales, and their rhythmic vocabulary — it’s all lingua franca with modern jazz. That’s my entrée into the piece.”

“Prehistoric Jazz, volume two,” featured his jazz arrangement of Olivier Messiaen’s “Quartet for the End of Time” (written while the composer was a prisoner of war in the 1940s). Friday’s concert includes volume three, Charles Ives’ “Three Places in New England,” as well as volume four, Duke Ellington’s “Reminiscing in Tempo,” which the quintet is set to record this Saturday, the day after the Razzo Hall concert.

Ellington wrote “Reminiscing in Tempo” to honor his deceased mother. It was the first-ever completely composed jazz work, Hofbauer says, and critics were not pleased. They wanted more swing, more improvisation — the jazz they were used to.

“Ellington was so distraught by the terrible criticisms of the world premiere that after his band recorded it, they never played it again,” Hofbauer says. In fact, he’s spent time researching the piece and hasn’t found any evidence it was ever again played in public — so his quintet is the first group to play it since Ellington himself.

The absence of performances of “Reminiscing in Tempo” also meant a lack of scores, so Hofbauer set to work transcribing Ellington’s original recording. “It was a long summer project,” he says. “But I really got to know the piece from the inside out, so when I had to arrange the big band version down to five instruments, I knew how it was supposed to sound, why it went a certain way, what was happening next.”

Like Ellington, Hofbauer has received criticism from both devotees of improvisational jazz and from those who deem the classical repertoire as sacred. “I hear, ‘Why did you turn this perfectly good classical piece into a vehicle for improvisation? Why are you playing this classical repertoire and doing weird jazzy things with it?’” Hofbauer says. “But I don’t feel it’s any different from what jazz musicians have done since the beginning of jazz, which is taking familiar material and reimagining it.”

Hofbauer stresses that the quintet’s interpretations are not meant as strict recreations of classical jazz works, but an updating of them “with some fresh sounds and arrangements. We can much more easily personalize them because we’re not trying to strictly adhere to the rules of a certain style. In this way, it’s firmly in the jazz tradition.”