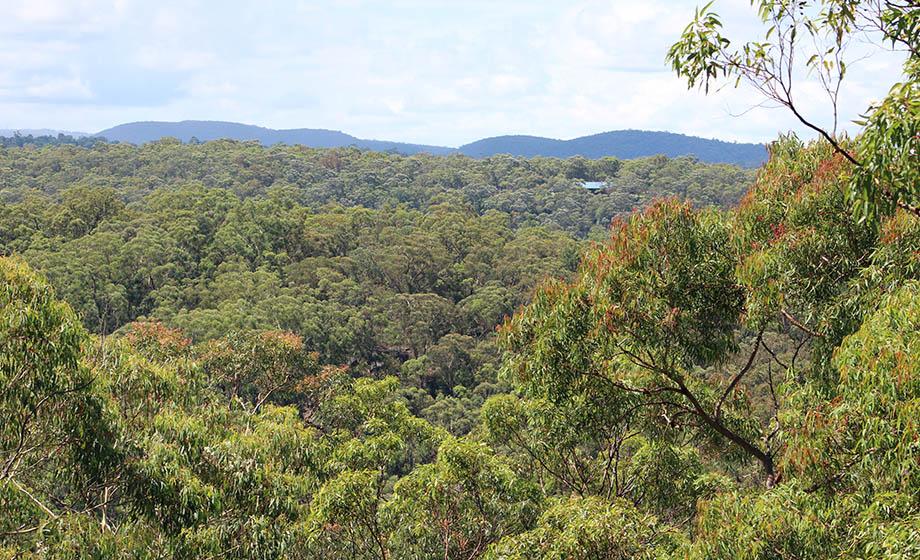 The rate at which carbon dioxide is accumulating in the atmosphere has plateaued in recent years because terrestrial ecosystems are grabbing more carbon from the air than in previous decades, according to a new multi-institutional study published online in the journal Nature Communications. Christopher A. Williams, associate professor of geography at Clark University, is a co-author on the article.

To be clear, human activity continues to emit increasing amounts of carbon, and the atmospheric concentration of CO2 — now at 400 parts per million (ppm) — continues to rise, explains a news release from the Lawrence Berkeley National Laboratory (Berkeley Lab). But the scientists found that between 2002 and 2014, the rate at which CO2 increased in the atmosphere held steady at about 1.9 ppm a year, and the proportion of annual human-caused CO2 emissions that remain in the atmosphere declined by about 20 percent. And for that, we can thank plants.

“This study underscores the need to protect ecosystems that are most effective at absorbing and storing atmospheric carbon, because these ecosystems play a significant role in offsetting rising greenhouse gas concentrations,” Williams says.

The study published this week in Nature Communications was led by Trevor Keenan, a research scientist in Berkeley Lab’s Climate & Ecosystems Division and a corresponding author of the paper. It involved five other scientists from institutions including Clark University.

They also identified another player. Plant respiration, a process in which plants use oxygen and produce CO2, did not increase as quickly as photosynthesis in recent years. This is because plant respiration is sensitive to temperature, and it was affected by the recent slowdown in global warming that was observed most significantly over vegetated land.

So, between 2002 and 2014, plants took in more CO2 through photosynthesis, but did not “exhale” more CO2 into the atmosphere through respiration.

“These changes decreased the amount of anthropogenic CO2 that stays in the atmosphere, and thus slowed the accumulation of atmospheric CO2,” Keenan notes.

The study is based on extensive ground and atmospheric observations of CO2, satellite measurements of vegetation and computer modeling.

The findings solved a climatic mystery. The growth rate of atmospheric CO2 climbed steadily during the latter half of the 20th century, from 0.75 ppm a year in 1959 to 1.86 ppm a year in 2002.

But the scientists discovered an inflection point last year when they analyzed the latest data from the Global Carbon Project, which quantifies carbon emissions and their sources annually. Since 2002, the growth rate has remained flat. This pause is especially surprising because it has occurred as human activity pumps more and more carbon into the atmosphere. All that CO2 must be going somewhere, so the scientists suspected something about the carbon cycle has recently changed in a big way.

“We believed one of the planet’s main carbon sinks had unexpectedly strengthened. The question was: which one?” Keenan says.

The scientists ruled out oceans because most computer models agree the amount of carbon taken in by oceans has increased steadily in recent years. That left terrestrial ecosystems, which undergo a large year-to-year variability in carbon uptake, and the two biggest influences on this variability are photosynthesis and plant respiration.

To study these influences, the scientists used 10 “global dynamic vegetation models” that predict how the terrestrial carbon cycle changes over time. They also used a model that incorporates satellite measurements of vegetation cover and plant activity to predict global photosynthesis and respiration rates.

Taken together, the models zeroed in on rising CO2 levels as having the biggest impact on photosynthesis and plant respiration. The result is a boost in terrestrial carbon uptake, particularly in tropical and high-latitude ecosystems.

“Unfortunately, this increase is nowhere near enough to stop climate change,” says Keenan, adding that their results answer questions and pose new ones. “We’ve shown the increase in terrestrial carbon uptake is happening, and why. But we don’t know exactly where the carbon sink is increasing the most, how long this increase will last, or what it means for the future of Earth’s climate.”

The research is partly funded by the Laboratory Directed Research and Development Program of Berkeley Lab and the Department of Energy’s Office of Science.

— At top, photo of trees in Australia; photos courtesy of Christopher A. Williams.