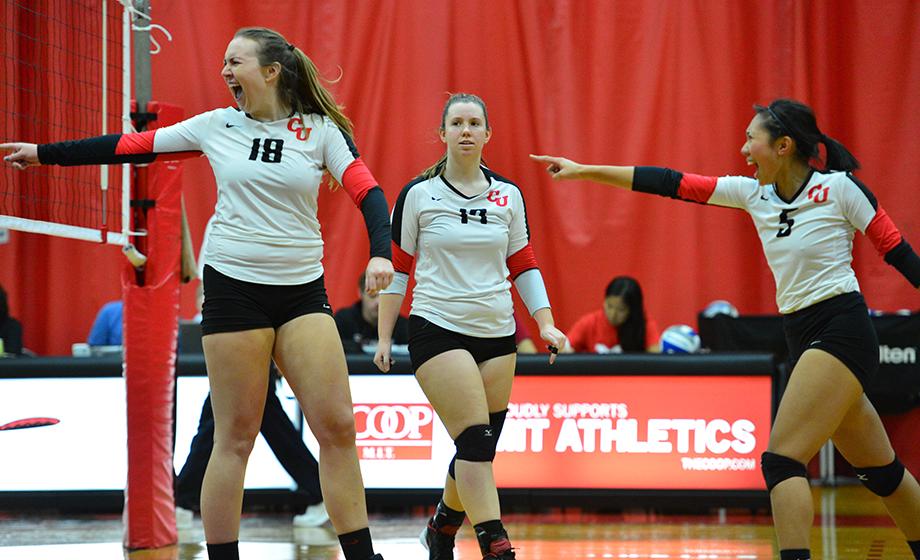 For the first time in school history, the Clark University volleyball program is headed to the NCAA Tournament. The Cougars at-large bid into the 64-team field was announced Monday afternoon during the NCAA Selection Show.

“I’m just so thankful and excited to have this opportunity,” said Head Coach Mickey Cahoon. “We have an amazing group of young women, led by five incredible seniors, who have been bold enough to dream big and work incredibly hard to be the best team we can be.”

Clark will face Montclair State University at 5:30 Friday evening in a regional match hosted by the Stevens Institute of Technology in Hoboken, N.J. The Red Hawks made their way to the NCAA Tournament following a New Jersey Athletic Conference tournament title, marking Montclair State’s first appearance in the national tournament since 2007.

Forty-three teams that won their respective conference tournament championships automatically qualified. Twenty-one other teams were chosen as at-large selections by a committee of volleyball coaches and athletics administrators from around the country. Eight regional sites will host eight teams with the winners of each of the eight regional sites advancing to the Kohl Sports Center in Oshkosh, Wisc., to play for the national championship.

Clark’s berth comes on the heels of their second straight appearance in the New England Women’s And Men’s Athletic Conference title match. The team wrapped up the regular season an impressive 23-8, won 11 of their last 12 matches and went 13-0 at home.

“We are all so proud to be a part of Cougar Nation and we share this with everyone who supports us,” Cahoon said.