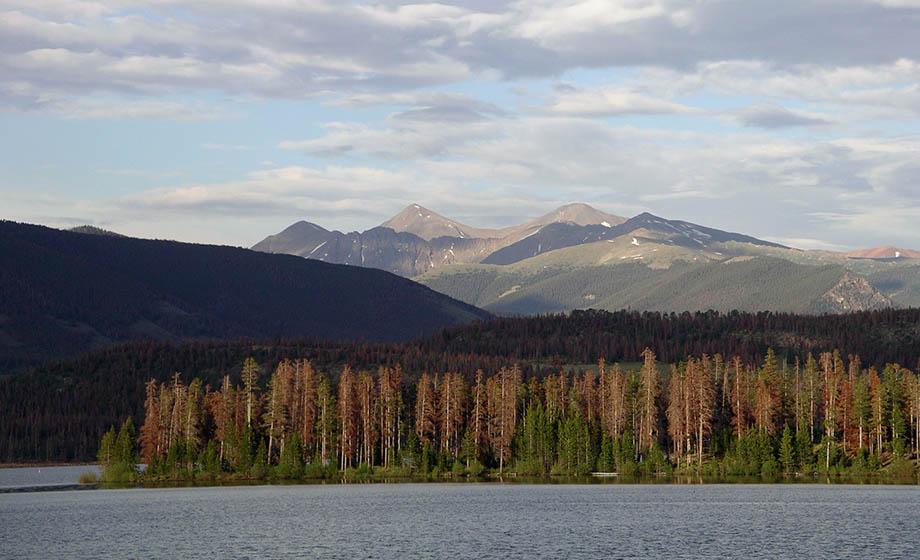 For the first time, new research has compared the impact of bark beetle outbreaks versus climate on the occurrence of large wildfires across the entire western United States. The Clark University study points to climate, not beetles, as the main culprit, suggesting new approaches to managing forests and preventing wildfires.

Extensive outbreaks of bark beetles have killed trees across millions of acres of forests in western North America. The most extensive outbreaks have been of mountain pine beetle, mostly in forests dominated by lodge-pole pine. These outbreaks have led to widespread fears about increased fire risk, especially in the wildland-urban interface, where wildfires pose particular risk to homes and communities. Consequently, local and federal policies and strategies have actively sought to cut down forests affected by outbreaks in order to reduce the risk of fires. Nevertheless, wildfires have become larger and more frequent across the region.

The study, published in the journal Ecological Applications, looked at the three-way interactions among fire, insects and climate. Compared to other studies, the Clark research covered the largest area and the longest time period, said Dominik Kulakowski, associate professor of geography at Clark. He co-authored the study with Clark doctoral student Nathan Mietkiewicz.

“Over the last three decades, we have seen a stunning increase in wildfires and outbreaks of tree-killing insects across the western U.S. The combination has led to catastrophic losses of life and property. One common response has been to spend enormous financial resources cutting down trees that have been killed by insects,” Kulakowski said. “Unfortunately, a careful analysis of large wildfires over the past three decades shows that these fires have been driven by climate, not insect outbreaks.”

Even as outbreaks have been getting larger, climate continues to have the dominant effect on wildfires. The study went on to examine the occurrence of large wildfires in the wildland-urban interface, where homes, communities and human life are especially at risk. In these critical areas, wildfires were also primarily caused by climate and not by beetle outbreaks.

“There are many good reasons to cut down trees that have been killed by insects – for example, to make sure that they don’t fall and injure people. But if we want to address wildfires, we really need to be talking about climate and not bark beetles,” Kulakowski noted. “The simultaneous increase in wildfires and outbreaks is occurring because both disturbances are being driven by climate, not because outbreaks are increasing fires. Making this distinction and understanding what is actually going on is essential to successfully managing forests close to homes as well as in remote areas.”