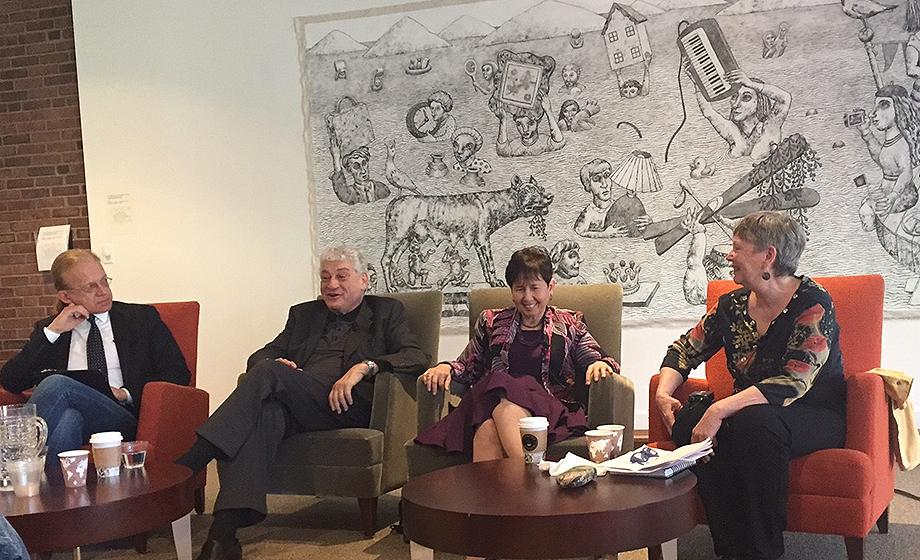 Alumni Judy Dworkin, PhD ’78, and David Pijawka, PhD ’83, recently returned to Clark University to talk about their experiences in Arizona working with American Indians. Their talk, titled “The Challenges in Indian Country in the 21st Century: Planning, Law and Community,” was sponsored by the Graduate School of Geography and the Strassler Center for Holocaust and Genocide Studies.

Dworkin, head of the Indian Law and Tribal Relations Practice Group for Sacks Tierney Law in Phoenix, Arizona, gave a brief history of federal Indian law and explained how it has swung between two extremes: from a melting-pot approach, where Indians are assimilated into the majority culture, to one that focuses on their differences and allows tribes to self-govern and work in conjunction with the federal government. (Dworkin also mentioned that while some universities and organizations have adopted the term “Native Americans,” she uses the term “American Indians” or “Indians” because that is how legislation refers to Native people.)

Pijawka added that sometimes it is not just the policy that prevents progress. “The land is there and the government is supportive,” but there are deeper cultural problems that have to be addressed. Many times, he said, Indians have been forced out of the reservations due to historical policies or poverty, or a combination of both.

Pijawka is associate director of the School of Geographical Sciences and Urban Planning at Arizona State University. He conducts workshops on tribal community planning, which he described as a “mix of western planning and indigenous planning,” a blend he hopes will facilitate a “move away from decisions that are harmful through independent decision-making.”

The talk was formatted as a question-and-answer session with Jody Emel, professor and acting director of the Graduate School of Geography, and Thomas Kühne, director of the Strassler Center.

Above, from left: Thomas Kühne, David Pijawka, Judy Dworkin and Jody Emel discuss “The Challenges in Indian Country in the 21st Century: Planning, Law and Community.”