Charles Kelley was so passionate about railroads he rarely stopped talking about them. John Larned treasured his membership in Deutscher Verein, a group that celebrated German culture. Francis Baldwin one day would chair the biology department at the University of Southern California. Clinton Mackinnon was an absent-minded genius who misplaced his pipe, shoes, and books so often that the administration had him build a bulletin board advertising all his lost possessions. 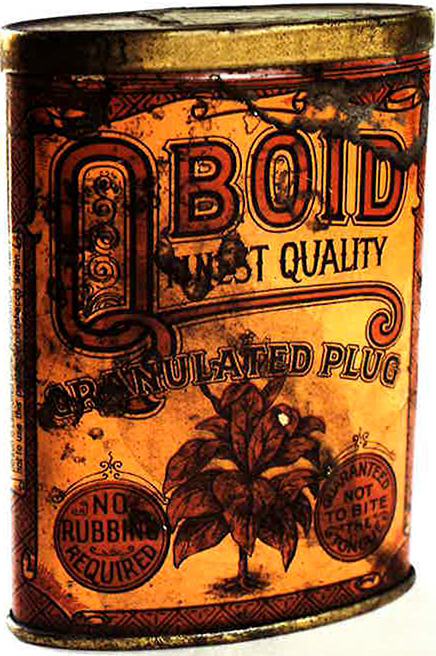 There isn’t much more about these classmates in the Clark University records. But we do know that on May 8, 1908, at 9: 19 p.m., the four men signed their names on a piece of University stationery, dated it, and folded it neatly inside a small Qboid Tobacco tin. They then hid the tin inside a newel post at the end of a banister in Jonas Clark Hall and walked away. (Or they may have run, depending on who else was prowling JCH that night.)

The cache sat undisturbed for more than a century until March 2016, when Facilities Management employee John Clemente uncovered it while working on the post. The tin and paper now reside in the Clark Archives, as do the yearbooks and other sources that supply nuggets of information about the four friends (Baldwin, whose photo was unavailable, was Class of 1906; Larned, 1908; and Kelley and Mackinnon, 1909). 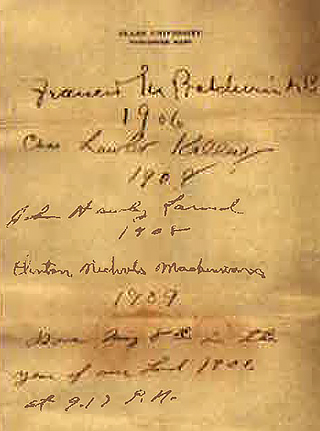 What motivated these Clark men to leave behind this miniature time capsule carrying only their signatures and the date and time when they were scribbled? Posterity, most likely, and maybe the whiff of adventure and a chance to have a bit of fun.

In this era of oversharing, we may struggle to understand the modesty of their presentation. But when we tweet or blog or track one another via GPS, isn’t our essential message the same one that Charles, John, Francis, and Clinton were communicating those many years ago?

Do you know the mustard man?