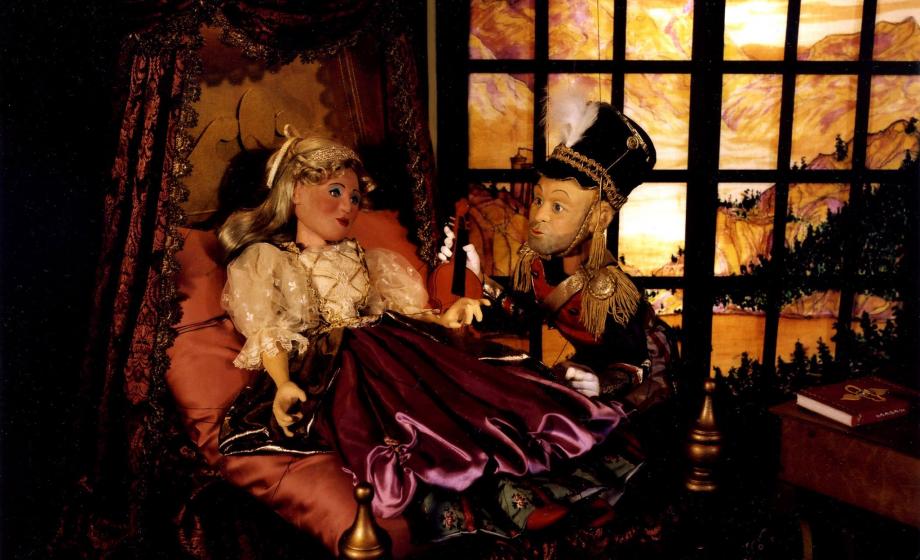 Clark University’s Department of Visual and Performing Arts will present a performance of “L’Histoire du Soldat” or “A Soldier’s Tale” by Igor Stravinsky, at 7:30 p.m. Friday, Oct. 14, in Atwood Hall, Daniel’s Theater on Woodland Street. The concert is free and open to the public.

“A Soldier’s Tale” is considered one of the most extraordinary parables about the futility of war and the danger of temptation to emerge from the First World War. Using powerfully simple musical means, which reflect Stravinsky’s recent discovery of American jazz, it brings to life the story of a young soldier who trades his violin to the devil in exchange for a magic book and the promise of easy riches. This special collaborative performance will be narrated while a cast of marvelous shadow puppets and marionettes act out the scenes.

“A Soldier’s Tale makes an unforgettable impression on anyone who sees it, both through its compelling music and its moving story,” said Benjamin Korstvedt, professor of music at Clark. “The addition of Dan’s amazing puppet production will bring an extraordinary new dimension to the audience’s experience.”

This project is supported by the New England Foundation for the Arts (NEFA), Clark University’s Stuart P. Anderson Endowed Fund, the Dean of the College and the Music Program of the Department of Visual and Performing Arts. The evening performance will be preceded by a workshop that involves students in the craft of puppetry, as well as a special afternoon performance of the complete production for students from several local schools.

For more information, please contact the Clark University Visual & Performing Arts Events Office at 508-793-7356 or e-mail clarkarts@clarku.edu for confirmation of times or reservations.