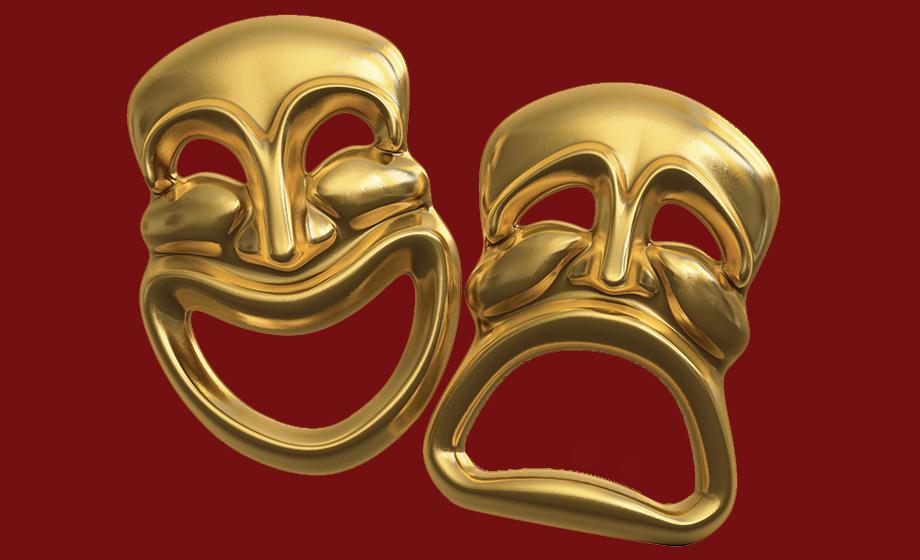 Raechel Segal ’17 has a pretty good response to the age-old question, “What did you do on your summer vacation?”

Her short play, “Moon Juice,” is a finalist in Manhattan Repertory Theatre’s 10-Minute Play Contest, which gives accepted works a technical rehearsal, full dress rehearsal, and a minimum of two performances. Segal’s story about the chaos that ensues when a female jam band and a men’s rights activist share the stage at a radio show is getting two additional performances in the contest finals, taking place Aug. 24.

Segal said she spent more time editing than writing “Moon Juice.” “That’s usually how I work,” she says. “I have an idea, and then I type it all out in its sloppiest form. I just shut up and listen to the characters, and then I allow myself editing privileges.

“I submitted my work to this contest because I’m a young, budding playwright, and I felt like it was time to expand my palette,” she adds. “Now is also the perfect time to write because at Clark, I have the best encouragement, particularly from my adviser and playwriting professor, Gino DiIorio.”

“Rachel is a fearless writer,” DiIorio says. “She has a wild sense of humor and consistently pushes the envelope. She’s a hard-working playwright with a lot of potential, and I’m not at all surprised ‘Moon Juice’ has done well. It’s also gratifying to bring Clark graduate Chelsea Anderson Long on as director — it’s obviously a winning collaboration.”

Segal also is working on a play with funding from Clark’s LEEP (Liberal Education and Effective Practice) initiative. As part of her LEEP fellowship, she worked as an intern with Student Accessibility Services (SAS) and is using the experience to write a full-length play about disability and accessibility. She worked four hours a day in the SAS office, and spent four more hours writing each weekday this summer.

Segal coordinated events for Diversability, a student organization that collaborates with SAS to improve disability awareness, advocate for accessibility, and build a shared community where students can discuss different abilities and lived experiences with disability.

“I’ve strived to create a culture that makes disability less taboo,” Segal says. “As I compose my play, I will also unmask the cultural cliché of disability stigma.” Segal has completed a first draft of the play, which she will develop with DiIorio and produce at Clark.

“When I watch a movie or a play, I rarely see disability as a theme. And when I do, I often witness the same recycled stereotypes, which cause misinformation and a lack of understanding,” she says. “I want to start to reverse this cycle. I seek to write a play that discusses disability honestly.”

Segal’s first play, “The Beef Stick Boys,” was produced as part of Clark’s New Play Festival in 2015. “It was so empowering to hear our scenes read aloud, workshopped, and ultimately performed in PlayFest 2015. I wouldn’t be the same antsy writer that I am today without Gino’s support, or without the help of Clark University Players’ Society, which helped produce ‘The Beef Stick Boys.’”