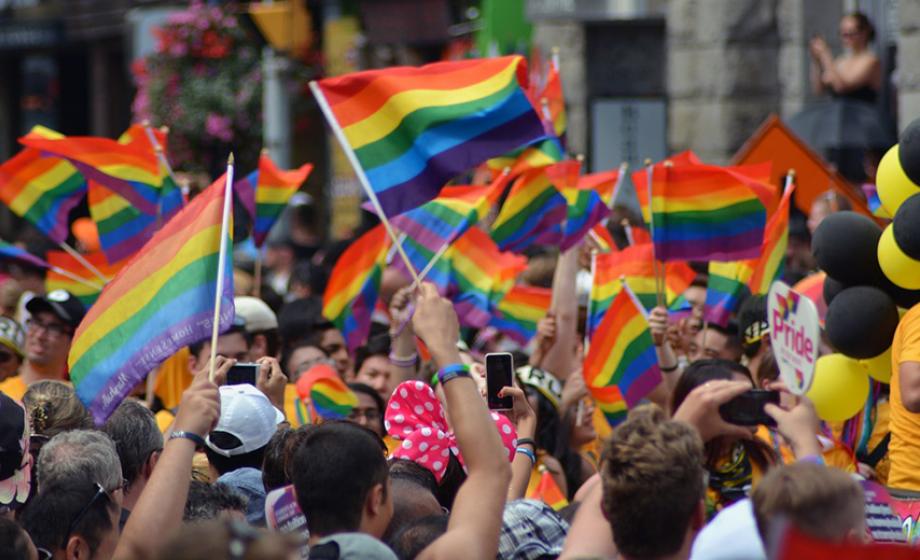 Abbie Goldberg, associate professor of psychology at Clark University, is the editor of a new three-volume The SAGE Encyclopedia of LGBTQ Studies — the first reference work of its kind. The Society for the Psychological Study of Lesbian, Gay, Bisexual, and Transgender Issues, a division of the American Psychological Association (APA), has named the work its 2016 Distinguished Book. The award was announced at the annual APA meeting earlier this month.

“The publication of this encyclopedia is a testament to both scholarly and public interest in the field of lesbian, gay, bisexual, transgender and queer studies, as well as to the vast array of research being conducted on LGBTQ lives, relationships, and communities,” professor Goldberg recently told SAGE Insight, a news blog that features research published in SAGE’s more than 900 journals.

Goldberg says that in 2016 there is “a much greater appreciation for and (deserved) excitement about the work” and that scholars, students, librarians, and the public recognize its relevance of this “indispensable, timely and exciting resource.”

The encyclopedia views lesbian and gay studies through the lenses of psychology, human development and sociology, emphasizing queer, feminist, and ecological perspectives on the topic. It addresses a range of questions, including:

Read “A Milestone for the Mainstreaming of LGBTQ Studies,” a profile originally published on Social Science Space, about the The SAGE Encyclopedia of LGBTQ Studies and Professor Abbie Goldberg’s work.

The text includes more than 400 signed entries by top researchers and clinicians from the fields of psychology, sociology, human development and gender/queer studies and offers an appendix with information on organizations, journals and websites related to various topics within the larger field of LGBTQ studies. It was designed for undergraduate students, graduate students, scholars of LGBTQ sexualities and lives, and others.

Goldberg is co-editor of “LGBT-Parent Families: Innovations in Research and Implications for Practice” and author of “Gay Dads: Transitions to Adoptive Fatherhood.” Her first book, “Lesbian and Gay Parents and their Children: Research on the Family Life Cycle,” won several awards. She also is editing a book with Adam P. Romero, senior counsel and Arnold D. Kassoy Scholar of Law at the UCLA School of Law‘s Williams Institute, on LGBTQ relationship dissolution and divorce.

In partnership with Campus Pride, a national nonprofit organization aimed at ensuring college and university environments are safe for LGBTQ students, Goldberg is directing a national survey of trans/gender-nonconforming college students.

She has received funding from the National Institutes of Health, the APA, the Alfred P. Sloan Foundation, the Williams Institute, the Spencer Foundation, the Gay and Lesbian Medical Association and the Society for the Psychological Study of Social Issues.