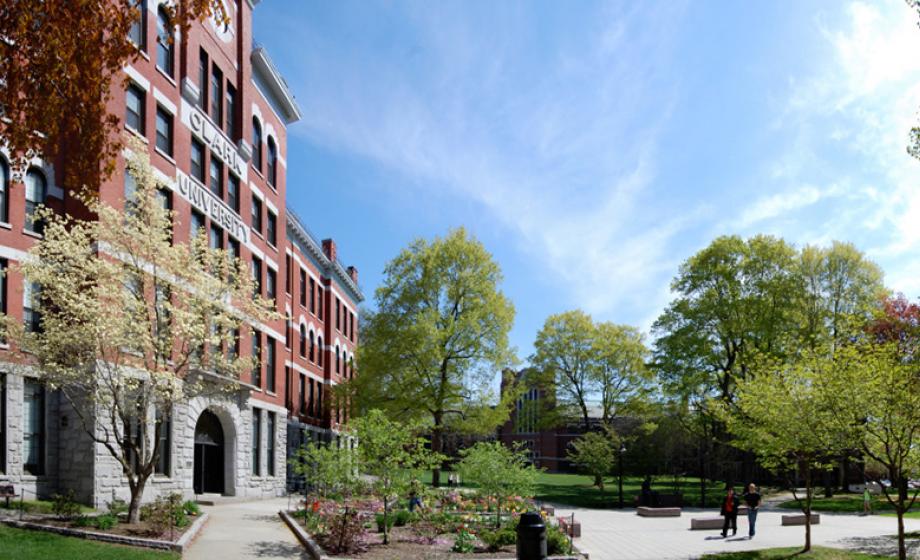 Clark University is pleased to welcome nine new faculty members for the 2016-2017 academic year. These scholars bring a wealth of knowledge to areas including biology, education, management and philosophy.

Nathan Ahlgren is a microbial ecologist, and is interested in understanding how abiotic environmental factors (e.g., temperature, nutrients, light) and interactions between microbes shape the evolution and community structure of complex microbial communities in the oceans. His recent work focuses on the discovery and characterization of new marine viruses that infect bacteria and archaea. Much of his research uses genome sequencing techniques, bioinformatics, and computational biology tools to learn about the diversity, capabilities, and interactions of marine microbes and viruses. Nathan received his doctorate in biological oceanography from the University of Washington and has been a postdoctoral fellow at the University of Washington and the University of Southern California.

Naomi Fisher’s main research interests are Kant and 19th century philosophy, and the philosophy of science. Currently, her work is focused on how Kant and German idealists navigated the continuities and discontinuities between humans and other animals, particularly with respect to cognitive abilities. She also has interests in the history of philosophy more generally, as well as ethics and the philosophy of mind. She holds a bachelor’s degree in physics from Biola University, a master’s in physics from the University of California, Davis, and a doctorate in philosophy from the University of Notre Dame. 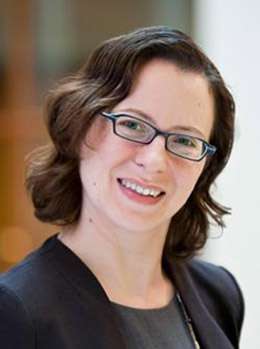 Elisabeth Gilmore comes to Clark from the School of Public Policy at the University of Maryland, where she was an assistant professor. Her current research focuses on societal responses to climate risks as they affect the propensity for violent conflict and social unrest. She is currently the lead PI on a project forecasting civil war along alternative climate and development pathways, funded by the Minerva Initiative. She also has active research efforts in policy and decision analysis for a range of climate-related issues, such as food security, low carbon energy, air quality and human health. From 2010 to 2011, she was an AAAS fellow in the Climate Change Division of the Environmental Protection Agency. She earned her bachelor’s and master’s degrees in chemical and environmental engineering from the University of Toronto, Canada, and a dual Ph.D. in engineering and public policy/chemical engineering from Carnegie Mellon University.

Lex Jing Lu is a historian of East Asian history. His research focuses on the changing conceptualization of masculinity and male beauty standards. In his book project, he explores how male political leaders in China manipulated their physical appearance to command respect and build legitimacy. He teaches classes on Chinese, Japanese, Korean, and global histories, and the history of beauty and fashion.  Lex earned his bachelor’s and master’s degrees in history from East China Normal University, and his M.Phil. and doctorate in history from Syracuse University.

Ana Kamille Marcelo’s research examines the influence of risk and protective factors on child development across diverse ecological contexts with particular emphases on culture and adversity. Her first research interest examines children’s pretend play, creativity, and emotional expressiveness as related to their socioemotional and academic adjustment in different contexts (e.g., school, peers, home). Her second interest focuses on ethnic identity in early childhood and its influence on children’s experiences of their race-ethnicity, particularly as related to encounters with bias and discrimination. These two complementary lines of research converge in her effort to clarify how developmental processes vary in form and/or meaning as a function of the broader ecological contexts in which they occur. Ana earned her bachelor’s degree in psychology/law and society and her doctorate in psychology from the University of California, Riverside.

Carmen Ocón is an educator with interests in educational policy, critical literacy, and sociocultural representations inside urban classrooms. Cognizant of her migratory life journeys between México and the United States, Carmen chose teaching and lifelong learning as a means to serve and work collaboratively in underserved communities alongside parents, students, community members, and educators committed to social justice and educational equity. Her teaching is informed by critical pedagogical practices and student-centered theories that connect research and practice, critical literacy in urban classrooms, and educational dialogues around race, class, gender, linguistic pluralism and multicultural identities across educational spaces. Carmen holds a bachelor’s degree in elementary education and a master’s of education in instructional leadership (focusing on literacy, language, and culture) from the University of Illinois at Chicago, and a doctorate in education policy, with a focus in social and cultural studies of education, from the University of Illinois at Urbana-Champaign.

Suzanne Scoggins researches policing, state capacity and authoritarian control in reform-era China. Her book manuscript, “Policing in the Shadow of Protest,” investigates issues of front-line policing and security capacity in China, and probes the challenges faced by ground-level officers and their superiors at the Ministry of Public Security as they attempt to do their jobs in the face of funding limitations, reform challenges and structural issues. Her work has been published in the China Quarterly, Asian Survey and PS: Political Science and Politics. Suzanne graduated summa cum laude from the University of Georgia with a bachelor’s degree in political science and women’s studies. She holds a master’s in international and public affairs from the University of Hong Kong and a doctorate in political science from the University of California, Berkeley. Suzanne was previously a pre-doctoral fellow at Stanford University’s Center on Democracy, Development, and the Rule of Law.

Edouard Wemy’s research interests focus on the interplay between short-run economic fluctuations, total factor productivity and technological innovations embodied in capital, which may result, for example, from advances in semiconductors or miniaturization that affects the production of equipment like wind turbines. He serves as a professional reviewer for Macroeconomic Dynamics and the North American Journal of Economics and Finance. He is a member of the American Economic Association and a fellow of the Diversity Initiative for Tenure in Economics (DITE), an NSF-funded program that seeks to facilitate successful transitions from junior faculty status to tenured associate professor for economists from underrepresented racial and ethnic groups. Edouard received a bachelor’s degree in economics and mathematics from Ohio Dominion University and a doctorate in economics from Emory University, where he also served as visiting professor.

Kyunghee Yoon’s research focuses on auditing and nonfinancial reporting, and has examined whether and how new types of information, including nonfinancial disclosures and weather indicators, influence audit quality. Her work covers various topics in auditing and audit information system areas, including the role of internal auditors in sustainability activities, such as green IT. Kyunghee holds a doctorate in accounting and information systems from Rutgers University.