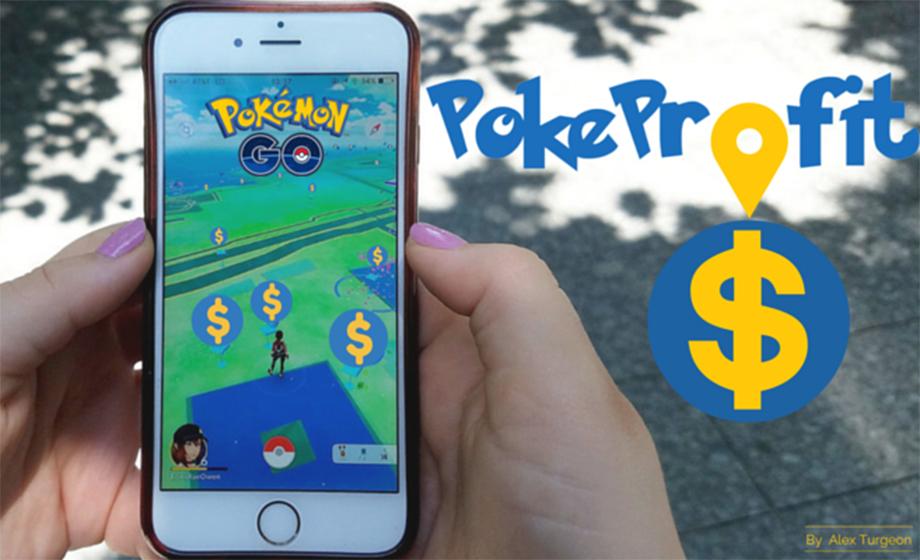 If you played Pokémon in the late 1990s, the viral popularity of the recent release of the Pokémon GO app does not come as a surprise. You know the feeling of wanting to “catch ‘em all,” and why you’re taking to streets, parks and other public places — including the Clark University campus —​ to find Pokémon characters.

But there’s more going on than just gaming, according to Clark University MBA student Alexander Turgeon ’16. In a LinkedIn blog post, “PokéProfit: The insane business opportunity of Pokémon GO,” the fifth-year student says the augmented-reality mobile game may provide a boost to local businesses.

There “may (be) a new opportunity for organizations to utilize geolocation-based mobile marketing and lure more customers to local businesses and physical locations,” he writes.

Turgeon describes the free download game, developed for mobile by Niantic, as “allowing players to capture, battle, train and, eventually, trade virtual Pokémon who appear throughout the real world through the usage of Google Maps.”

He further explains how businesses can use GPS and geolocation-based marketing to sell targeted ads, content and promotions as well as increase foot traffic based on in-app purchases.

“If this parent company’s smart, they’ll find a model for other local businesses to be able to attract large [numbers of] customers,” he said.

Back in his blog post, Turgeon wonders how businesses will capitalize as the app is updated. And his question seems spot on as the game launched Wednesday in Germany and a Google News search for the term “Pokémon GO” returned more than 6 million articles, showing Pokémon mania isn’t showing signs of slowing down anytime soon.