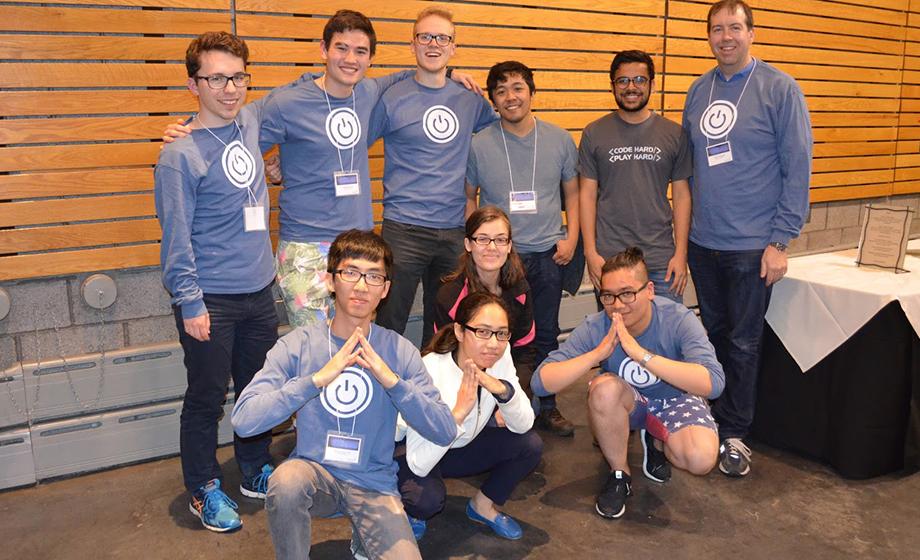 When faced with the pressure of producing computer code that works, and under the most stringent deadlines, Clark University’s computer science students prove they can step up.

In the 2016 regional programming contest for the Consortium for Computing Sciences in Colleges Northeast (CCSCNE), Clark’s two teams placed second and fourth among 38 competitors that included Middlebury and Wellesley colleges.

The students solved more than six programming problems over three hours, using Java and C/C++, computer coding that is commonly employed across many platforms and industries.

“We are really proud of our students’ performance and the efforts they put into preparing for the contest. They worked really hard and did many three-plus-hour practice sessions on Sunday afternoons,” says Li Han, associate professor of mathematics and computer science and the faculty adviser for the Clark Competitive Computing Club, or C4.

C4 officers Hoang Nguyen ’16, Samuel Kovaka ’16 and Sarjan Shrestha ’16 helped coach the students, bringing their experience to the effort. In spring 2015, they took first place at CCSCNE, and in fall 2014, they made it to the competitive Northeast North America regional finals for the Association for Computing Machinery International Collegiate Programming Contest, known as ACM ICPC. In spring 2014, Nguyen was on the team that won first place at CCSCNE; Kovaka and Shrestha, on a team that won fourth place.

“We are really grateful to them for taking their precious time to help prepare the students, discussing practicing problems with them and giving them advice,” Han says.

In addition, she says, John Magee, assistant professor of mathematics and computer science, donated his time; he accompanied this year’s students to the CCSCNE contest April 29-30 at Hamilton College in Clinton, New York.

“It was nice this year that the students who had participated in the past two years decided to ‘pass the baton’ so that other students could have opportunity to participate,” Magee says.