Studying in China, learning about herself

Clark University junior Etta Scott-Smith is thankful to be on the “greatest journey of my life.”

She always knew she wanted to study abroad in China, so much so that she made it a prerequisite when choosing a college. It wasn’t just because she wanted to see a different part of the world, or because she wanted exciting stories to tell when she returned to school. It was because Scott-Smith was adopted from China when she was an infant, and she felt a strong pull to return to the country of her birth.

“It’s a part of my identity I’ve never had the opportunity to fully explore until recently,” she says. “I don’t think I was always able to understand or have an appreciation for what it meant to be Chinese until I was older and more open to learning about it.”

Scott-Smith, a management major and Asian studies minor, is realizing her dream of reconnecting with her Chinese heritage during a six-month experience that started in mid-June. She’s studying at Shanghai’s Donghua University while completing an internship in the finance department of Melia Hotels International. In the fall, she’ll take part in an intensive Chinese-language program in Beijing.

Along the way, Scott-Smith says she’ll be taking in everything she’s always aspired to know and feel about China. This includes experiencing everyday life, speaking Chinese on a regular basis and being immersed in the culture.

“I want to be open to learning all that I can about a different and unique way of life,” she says, while mentioning her life could have been much different.

She writes in her blog, “Etta’s Chinese Adventure,” how as a newborn she was found in a crowded marketplace in Ganzhou, Jiangxi province, and taken to an orphanage where she spent her first four months of life. She’s grateful to the orphanage workers, recognizes the “tremendous sacrifice” her biological family made and feels “fortunate and blessed” for her life and the opportunities she’s had.

“I truly believe I lucked out on being adopted by the most loving and supportive family I could have ever wished for,” she says. “My moms are my moms, simple as that, no ‘ifs,’ ‘ands’ or ‘buts,’ and I love them more than I can ever say.”

In addition, she’s thankful to those at Clark who have helped with this process, specifically her adviser, Associate Dean Barbara Bigelow, and the Study Abroad office, for providing advice and recommendations.

“I attended as many information sessions as I could and made many appointments with the Study Abroad office in the LEEP Center to make sure I knew every step of the process,” she says.

Spending time in her native country will give her a different perspective, she says, one that will prompt a deeper understanding of herself.

“I think going back will be a very humbling and transformative experience overall. I hope to grow as an individual in as many ways that I can by the end of this journey,” she says.

Follow Etta’s journey, which will include her spending time in the countryside and in Hong Kong and Macau, by reading her blog. 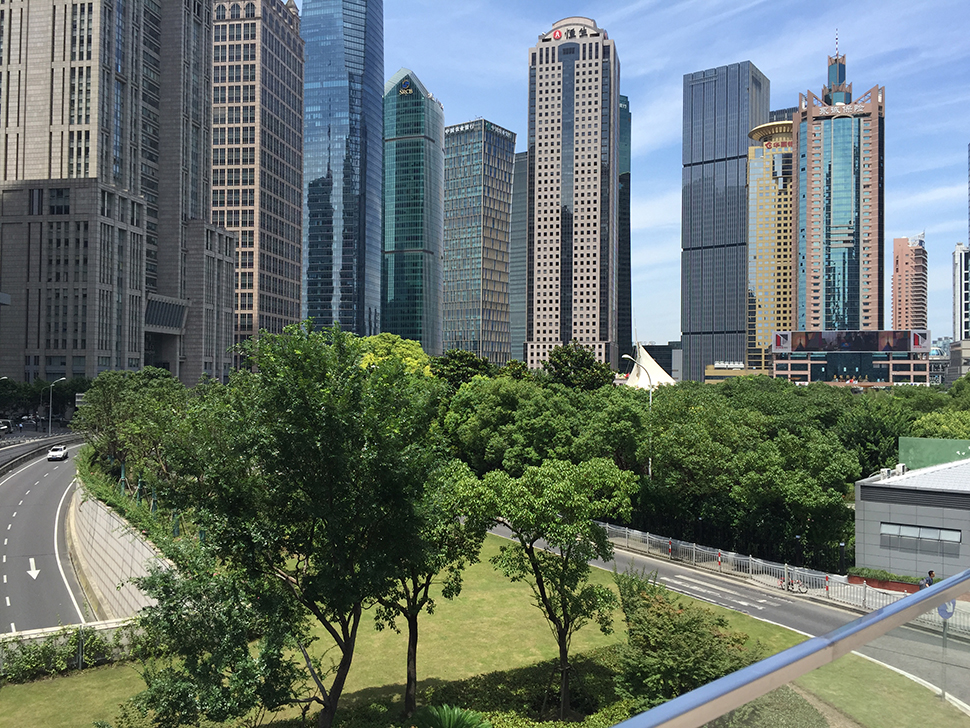 While in China, Scott-Smith will be studying and completing an internship in Shanghai and studying Chinese in Beijing. She snapped this photo while on her way to her internship at the Hang Seng Bank tower, pictured at center right. (All photos courtesy of Etta Scott-Smith) 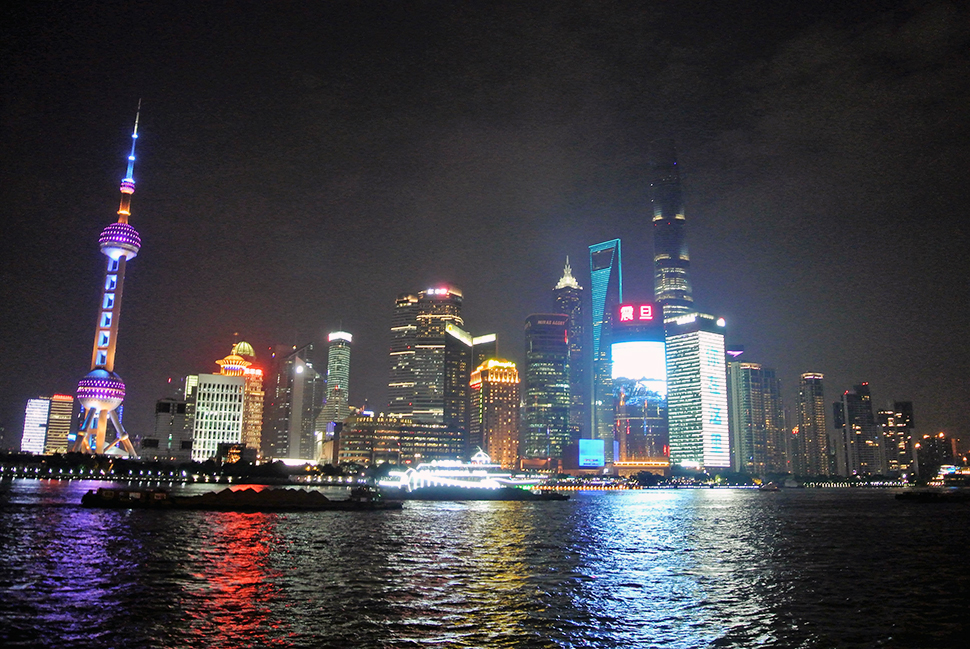 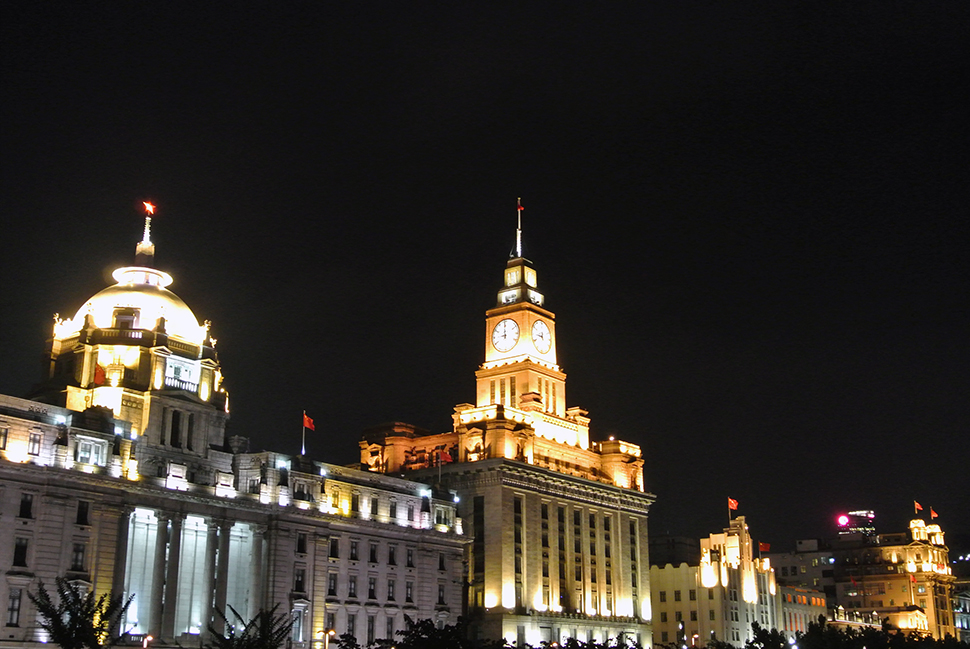 The Bund (or “outer beach”) glitters at night from Scott-Smith’s vantage point along the banks of the Huangpu River. The mile-long stretch is filled with buildings that house banks, shops and hotels. 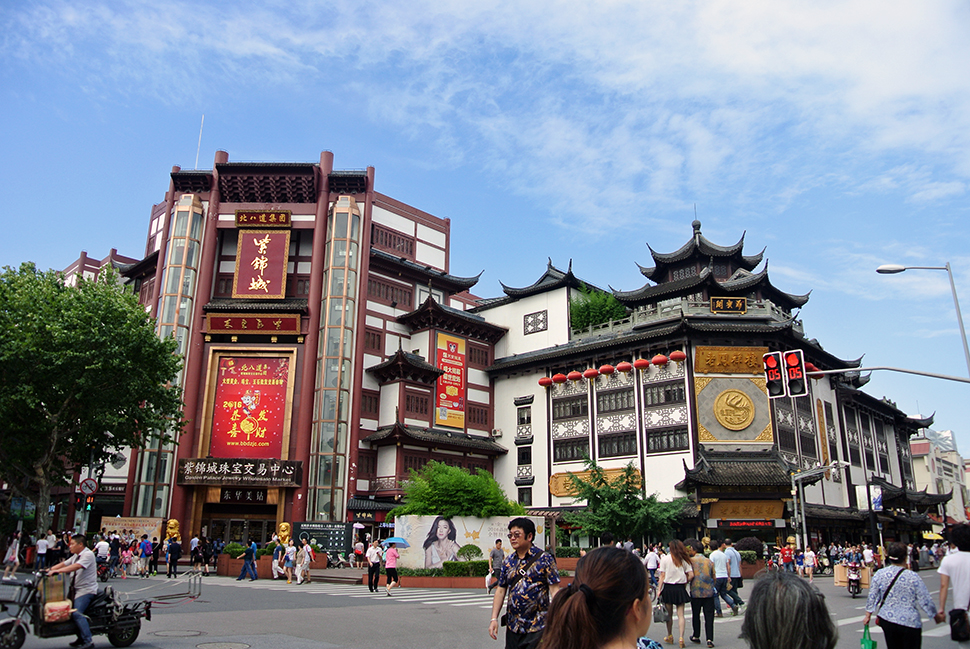 The streets are busy in the area near Shanghai’s Yu (or Yuyuan) Garden, which dates back to the Ming Dynasty. 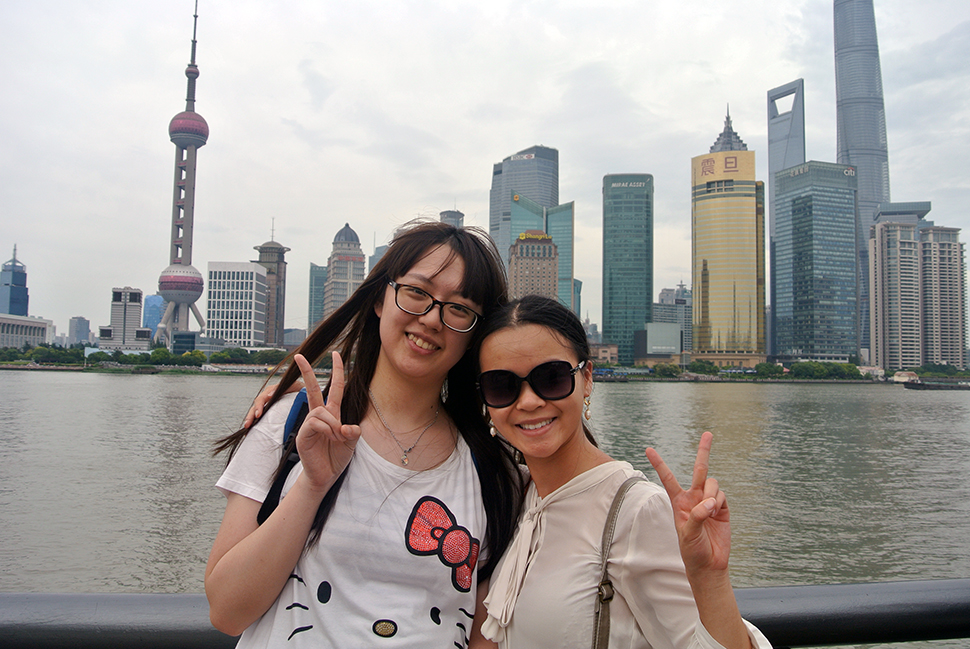 Scott-Smith, right, poses with her Shanghai roommate in front of The Bund. 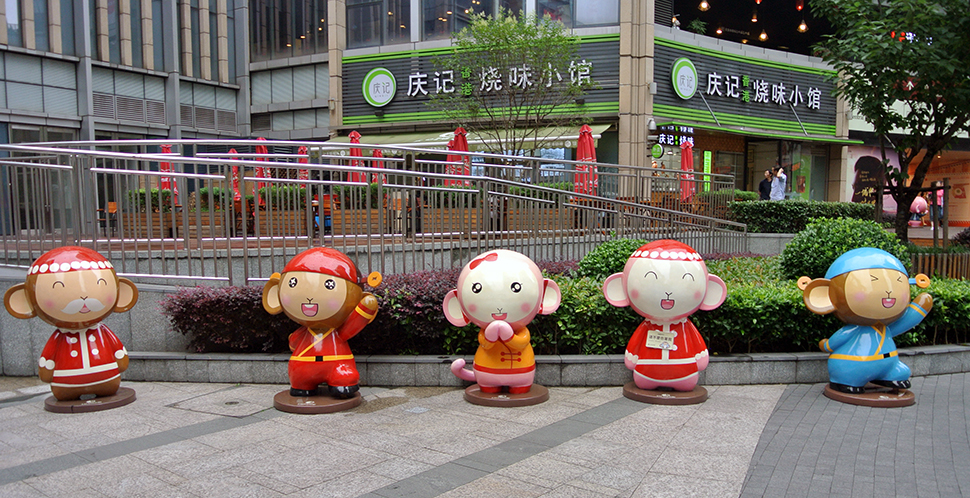 Statues on the outskirts of the former French Concession, a French settlement in the city from the early 1900s until the mid-’40s, mark 2016 being the Year of the Monkey. Today, the area is one of Shanghai’s most visitor-friendly areas.