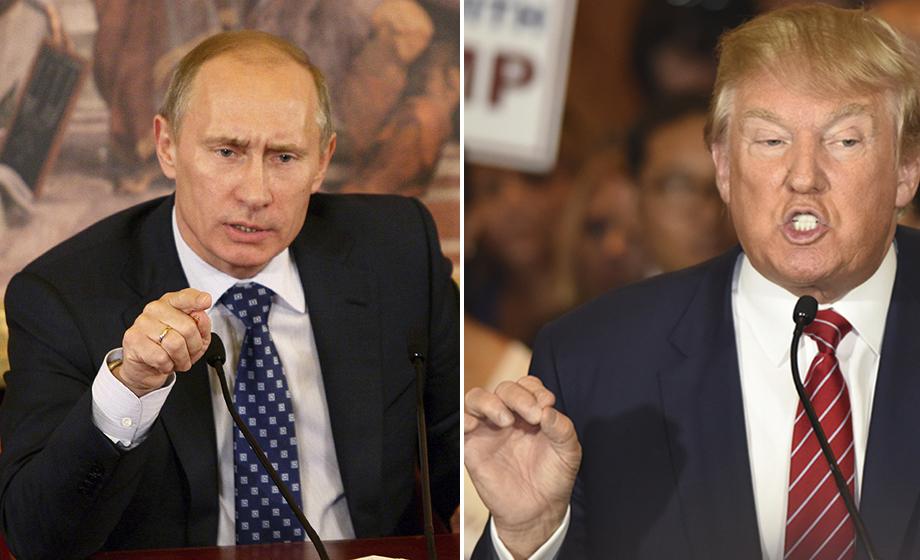 The newspaper turned to a Putin expert, Valerie Sperling, chair and professor of political science at Clark University, to comment on the bravado of the two politicians.

“Coming out of the 1990s, the Soviet Union had collapsed, it was no longer perceived as a superpower, it had lost its national ideology,” Sperling, author of Sex, Politics and Putin: Political Legitimacy in Russia, told The Herald. “The country was really ready for an injection of pride and perceived strength and toughness of the state, so Putin came along and that notion of that strength, that toughness was identified with him. I think Trump is tapping into something similar — the idea that you would take America first.”

Yet she also noted the differences between the two: “One of the two men is in charge of an extremely important country and has been for years since 2000,” she told The Herald. “And the other one was the star of a reality TV show.

“I think Putin is a lot smarter than Donald Trump, a lot more data-driven,” she added. “If you watch a press conference … he has a very high-level mastery of detail on a wide range of issues. When you listen to Trump at a press conference, all you ever see him talk about is, ‘Look at how much we won by.’ ”

This isn’t the first time Sperling has drawn comparisons between Trump and a popular, often theatrical Russian leader. In the early stages of Trump’s campaign, when many political pundits were writing off the possibility of his securing the GOP ticket, she wrote a Huffington Post commentary titled “Why Trump Could Actually Win: A Look Back at an Alarmingly Similar Race in Russia.”

“Listening to Donald Trump feels like déjà vu,” she noted. “The Republican Party candidates sound eerily like Russian politician Vladimir Zhirinovsky, whose party — the far-right wing Liberal Democratic Party of Russia (LDPR), possibly the most inaptly named political entity of all time — won 23 percent of the popular vote in December 1993, more than any other party competing for seats in the Russian Parliament.”

Sperling’s Oct. 6, 2015, post concludes: “Hearing U.S. citizens talk about how much they like Donald’s straightforward, ‘shoot from the hip’ style and his disregard for ‘political correctness,’ or how much they relish the idea of electing a ‘Washington outsider,’ a president who isn’t a politician and who doesn’t know Hamas from Hezbollah, I couldn’t help but think about those Russia elections in 1993.

“Like Zhirinovsky, Trump, Ben Carson and Carly Fiorina are right-wingers with no office-holding experience, who make phantasmagorical claims and, in doing so, get more popular support, not less.

“Unlike Zhirinovsky, however, Trump, Ben Carson and Carly Fiorina are members of one of the two major, long-standing parties in the U.S.

“Look out. These people could win for real.”