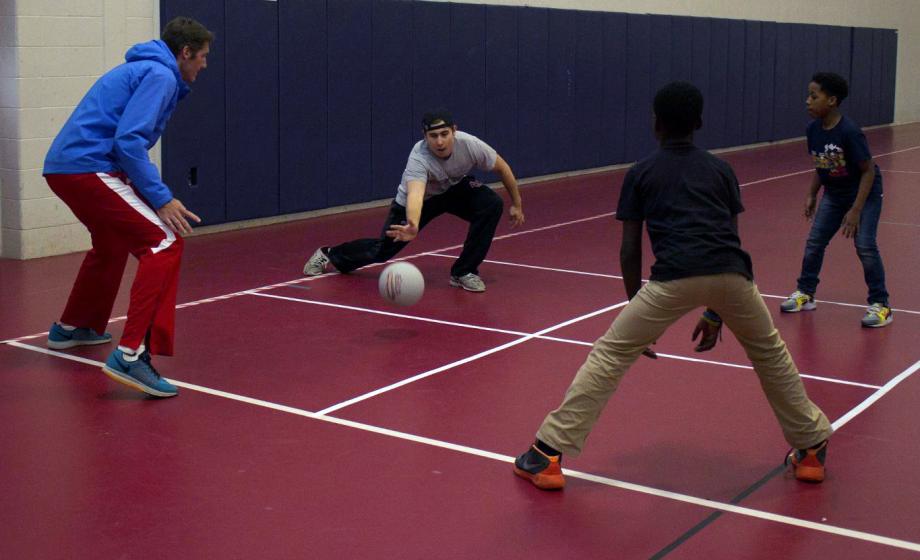 The duo spearheaded a department-wide initiative for student-athletes from all Clark teams to volunteer their time. The culmination of their efforts was the first Athletics Spree Day, held last week at the Kneller Athletic Center. During the event, the athletes hosted children from the Boys and Girls Club of Worcester for a half-day of soccer, basketball, floor hockey, snacks and fun.

“Planning such an event requires much time, effort and coordination,” said Paolini, a goalkeeper on the women’s soccer team. “It was such a pleasure to see how much support we received from coaches and student-athletes who gave up their afternoons and helped make the event run smoothly.”

Pharr, a middle blocker on the women’s volleyball team, said organizing the event for the kids was a fun experience and “extremely rewarding.”

Paolini, a management major who’s pursuing an M.B.A. through Clark’s accelerated degree program next year, hopes athletics service projects like this one continue in the future — a sentiment Pharr, a junior biology major, echoes.

“Getting student-athletes more involved in community service, especially in the local Worcester community, is something that we have both been very committed to,” she said. “It was awesome to be able to plan an event that the entire Athletic Department could become involved in.”

Charlie Stevens ’20 takes his shot at an NBA career