Clarkies took the stage in the wake of tragedy 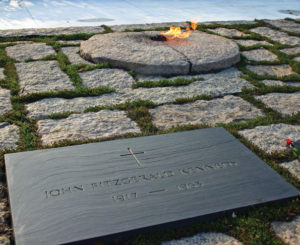 It was November of 1963. I was a sophomore at Clark and life was opening out for me. As I began to unwind the long thread leading toward my adult life, my sense of future was exhilarating. I would become a psychotherapist, heal myself from the ravages of childhood and learn to help others with my new knowledge. That autumn we were in rehearsal for Arthur Miller’s “The Crucible.” Though my part, Rebecca Nurse, was relatively small, the role was pivotal. An old crone (no ingénue I), I had to establish myself as a force for wisdom and goodness in Salem, Mass., a village that in 1692 was caught in the monstrous grip of a witch-hunt. Written as an allegory of the McCarthy era’s finger-pointing and destruction of innocent lives, the young girls depicted in Salem became victims of perniciously vicious slander that led to their hangings. My final lines were a commentary on the evil outcome of scapegoating and mass hysteria.

Rehearsals had progressed nicely. Opening night was finally upon us. Several hours before call time, the horrifying news that JFK had been shot in Dallas spread across campus. As Kennedy lay dying, cast, crew and faculty barely gave our performance a thought. The cultural hero of our era was battling for his life in a Texas hospital. In a cinder block common room we called the “smoker” we numbly crowded in front of the dorm’s only TV, a small-screen, black and white set standing on the linoleum floor. We wept together when we heard Walter Cronkite announce the dreaded truth. The handsome king of our nation’s pride had died without ever regaining consciousness.

Shadows gathered on the lawn outside the dorm as the rising tide of shock and grief overwhelmed us. A decision had to be made soon about whether the Clark University Players would open “The Crucible” in a couple of hours. A few of the cast wrenched ourselves away from televisions in several dorms and met up at the student union. I noticed immediately that the jukebox was silent for the first time since I’d arrived at college. Our faculty advisor, Neil Schroeder, a recent Ph.D. from Yale Drama School, was waiting at a Formica table in a corner.

And so the debate began. Most of our small cluster of cast and crew felt it wise to cancel, reasoning that we were in the President’s home state so going on could be seen as particularly disrespectful. When our faculty adviser reserved his opinion, I surprised myself by risking a different idea. “The Crucible,” I ventured, “is about good and evil. It demonstrates how evil is contagious. Uncontained or uncountered, it will spread, infecting society, threatening life, liberty and destroying the constitutional right to pursue happiness. If we play tonight, the show can provide a parallel commentary on America’s tragedy.” I explained that perhaps this collective ritual could be a gift for our community. The vote was taken. To my amazement, we elected to open the show that night.

Like sleepwalkers, we prepared for curtain up. At show time, Atwood Hall was filled to overflowing with silent mourners. The curtain rose. One by one, the young Salem teens on stage were accused, condemned and taken to the gallows. The moment approached for my last ten lines, ending with these words: “There is another judgment waits us all!” As I spoke, I felt as though a lightning bolt was running up and down my spine from below my feet right through my head and back down again. These words were delivered in a deep, otherworldly voice I hardly recognized as my own.

Thirty years after “The Crucible,” at a Clark class reunion, I went to visit the, by then, almost blind Dr. Schroeder in his office on the third floor of the theater. He stood at the front of the large room chatting with other alumni. Suddenly, he interrupted his chat, calling out, “Who is that!? I know that voice!” Squinting, he repeated, “I know that voice! Is it Nancy Helman?”

Amazed, I stepped up close to him. “Yes. It’s Nancy. I’m here to thank you for a decision you made many years ago. I wonder if you know what it was.” Without skipping a beat, the aging professor said, “I think I do know. I allowed the cast leeway to open ‘The Crucible’ the night Kennedy was killed.”

“Thank you so much,” I said. “I’ve come to tell you how much I appreciate you. I now also realize how much you, not being tenured yet, were risking. You allowed us to make a decision which, at the time, was unusual and risky.”

“You are most welcome,” he answered. “And, thank you as well.”

Postscript: The above piece was written spontaneously months before I learned of Dr. Schroeder’s passing (see page 52). He was, like Rebecca Nurse, a quiet force for good.