Students to head to Bermuda, Berlin and beyond as part of Steinbrecher research 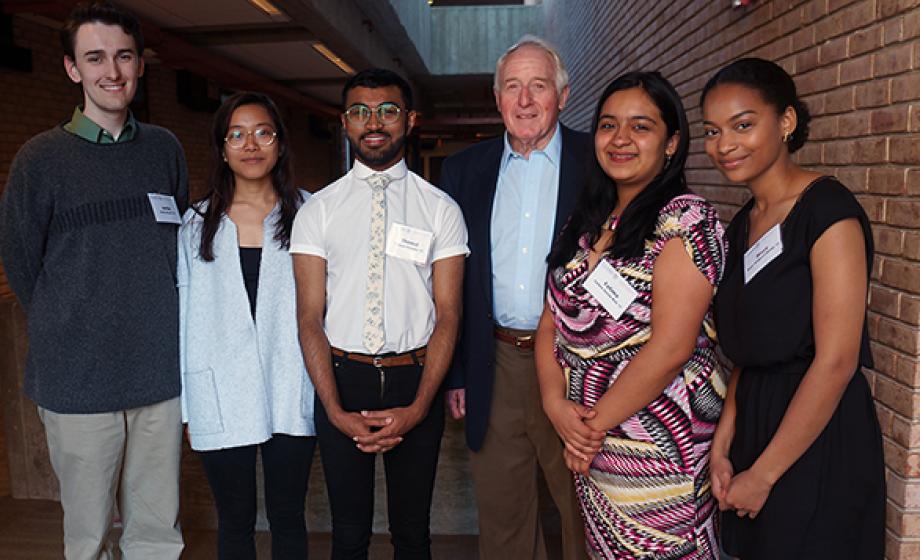 Eight Clark University undergraduate students were recently awarded Steinbrecher Fellowships to support their pursuit of original ideas, creative research and community service projects this summer and during the 2016-2017 academic year.

The students (five are pictured above) and their projects include:

The endowed fund created by Stephen Steinbrecher ’55, and his late wife, Phyllis, supports the fellowships in memory of their late son, David Steinbrecher ’81.

Last year at a panel discussion featuring fellowship alumni, Stephen Steinbrecher talked about how important the program is to his family, which includes many Clark graduates. The students who are awarded the fellowships, he noted, have opportunities rarely available to undergraduate students. “My goal is to continue to plant Clark at the forefront of independent study and learning,” he said.