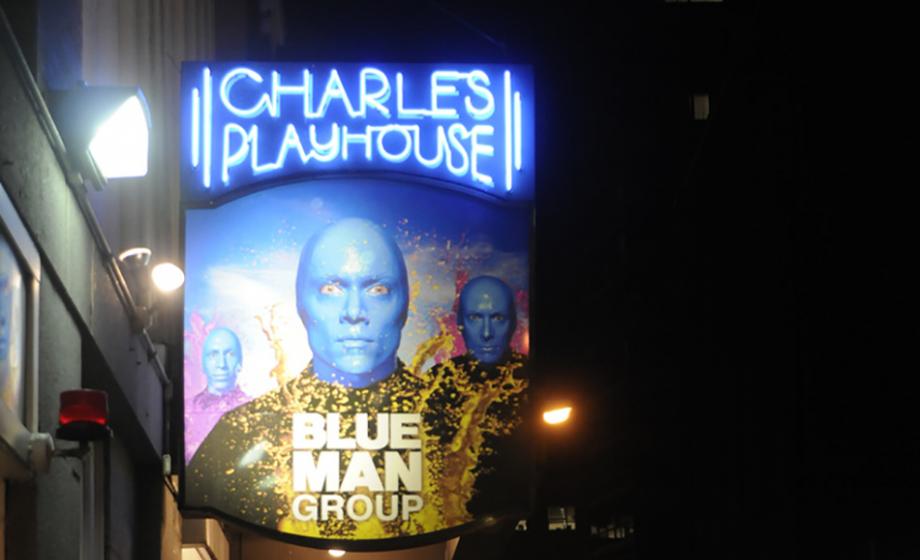 “Founders Chris Wink, Phil Stanton, and Matt Goldman were in their 20s when they began performing as Blue Men in New York, partly in response to a 1980s art scene they felt had lost its edge. ‘We were a little bit jaded,’ remembers Wink, 55. ‘We wanted to feel like we can see the world with fresh eyes and feel a childlike wonder.

“Their impromptu performances at underground art spaces moved to an off-Broadway theater in November 1991. After the show became a smash hit, the founders realized they could expand the show by casting other Blue Men in different locations.

“‘It was really just an experiment. What happens if we go to Boston?’ says Wink, a musician who attended Wesleyan University. (Co-founder Goldman also has New England ties; he went to Clark University.) Wink credits Boston’s university and alternative rock scene for the success of the Boston show. ‘Seeing the show is sewn into the fabric of the town,’ he said, ‘and a rite of passage.’”