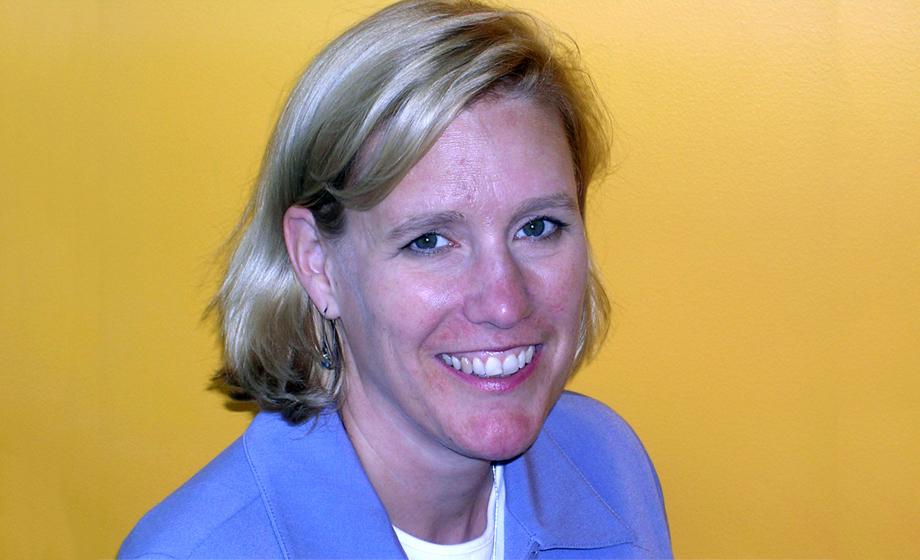 Thea Sahr ’86 describes her career path as “very Clarkie.” Her professional experiences have been driven by her passions, her routes not especially linear. And

“As I look back on it 30 years later, I see that I’ve had a series of interesting jobs that have turned out to be this really cool career,” she says.

Sahr is the director of programs for DiscoverE, a coalition of 100 different corporations, universities, engineering societies and educational groups “that are interested in celebrating engineers and all the wonderful things they bring to us every day,” she says. The DiscoverE mission is to sustain and grow the engineering profession, largely by making it more accessible to students at all levels and from all backgrounds.

So how does a graduate from a liberal arts-based university find herself helping to shape, strengthen and burnish the image of this most technical of professions?

The answer begins at Clark, where as a sophomore Sahr was recruited by Professor Sharon Krefetz to become a government major over the good-natured objections of another professor who was hoping she’d major in history. “Where else do professors reach out to you to advise and guide you,” she says. “I always felt supported and appreciated, and allowed to blossom. I feel bad for people who don’t have the same kind of experience at their undergraduate institution.” (Her sister, Kira Sahr Brandman ’90, would follow her to Clark.)

Post-graduation, Sahr worked for two years in Washington, D.C. as an aide to Congressman Chet Atkins. Disillusioned with politics, she left that job and eventually landed at the Museum of Science in Boston, where she developed and produced large-scale educational events and administered Science-ByMail, a national program serving 16,000 children, 2,000 volunteer scientists and 16 museums. The experience provided a “light bulb moment” about the possibilities of making a career where science intersects with education. “I thought, ‘Where have you been all my life?’ Being an interpreter and ambassador was so interesting,” she recalls.

After spending five years at the museum, the world beckoned. Sahr resigned to head off and backpack for a year, beginning in New Zealand and “following the sun home.” Her itinerary included Australia, Indonesia, Thailand, Nepal, India and parts of Europe, Canada and the U.S. — much of it traversed in the company of friends, and some of it accomplished solo.

Sahr worked at Tufts University for a couple of years before joining WGBH, the Boston public broadcasting outlet, where for 15 years she held a series of positions that required her to do national outreach on programs like “A Science Odyssey,” “Building Big” and “ZOOM” (a hallowed TV staple for New England kids). She co-created programs that addressed the need for educational engineering multimedia resources — including “Engineer Your Life,” aimed at getting girls interested in engineering — and developed strategies for the station’s STEM (Science, Technology, Engineering and Math) initiatives.

Eventually, she laughs, “I got tired of the S, T and M, and wanted to concentrate on the E.” Hence, DiscoverE.

Today, Sahr oversees an array of initiatives and conferences that promote engineering as a career, with special emphasis on young women and people of color. “The more diverse our workforce, the more our needs will be reflected in the next generation of products and resources being produced,” she says.

Sahr is particularly proud of the work being done to recruit girls to the engineering profession. She cites research showing that while girls are adept at mastering technical skills, they “double down” when they can perceive the societal benefit of their work. Programs like Future City, which asks participants to design a sustainable city that can exist 100 years in the future, are attracting large numbers of female participants who relish solving an authentic challenge, she says.

Another successful initiative, The Global Marathon, is a three-day conference attracting women engineers from companies like IBM, DuPont and Bechtel, to build networks, discuss how their work addresses world problems, and develop strategies for recruiting the next generation of women to their field.

An ongoing challenge, Sahr says, is coaching engineers to spread the word about their profession to make it more enticing for young people. The good news is that colleges and universities with engineering programs, like Purdue and Olin, are changing their curricula to include more project-based learning for first-year students rather than frontloading schedules with core requirements, giving them an authentic taste of an engineer’s work.

“You’re engaging kids where they live,” she says. “They want to know the ‘why’ and ‘how’ of things. Suddenly, the work becomes more meaningful.”

If that sounds very much like a Clark approach, Thea Sahr wouldn’t disagree with you.