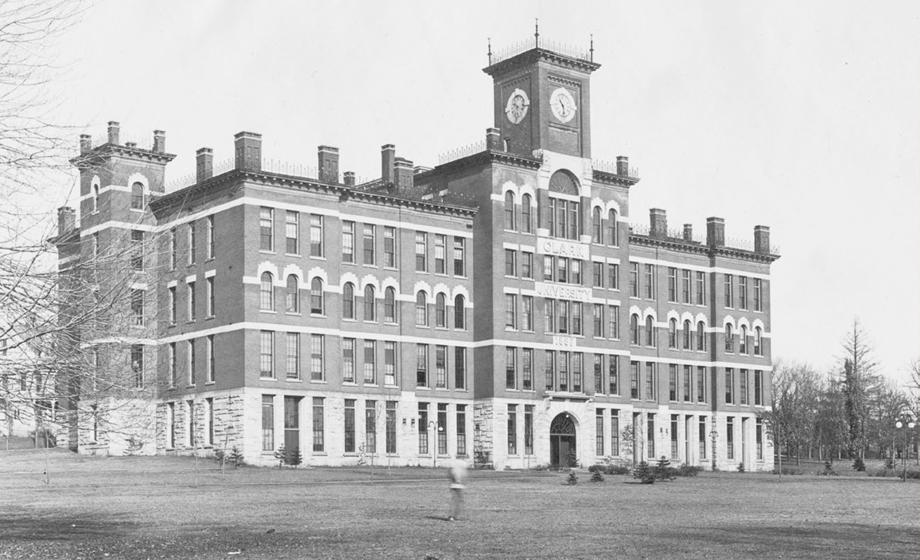 Many alumni hold deep affection for Clark University years after they leave campus with diploma in hand. 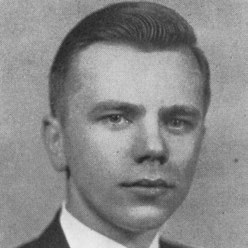 Then there was Henry Ciborowski ’50. Ciborowski, who passed away Feb. 6 at the age of 90, left a legacy of passion for his alma mater that included leadership roles in numerous Clark organizations and a record of dedicated attendance at basketball games, reunions, and just about any other occasion where Clarkies gather.

But one thing always bothered Henry about his University: when he looked at Jonas Clark Hall he knew something was missing. In the summer of 1924, a violent storm had caved in a portion of the JCH roof and clock tower. The administration, fearful of a recurrence, later rebuilt the tower at less than half its former height, leaving only a single clock face rather than the four the tower once boasted (two are visible in this vintage photo). By the time Henry was on campus, the original clockworks, crafted by renowned clock maker Seth Thomas, were long gone.

His search for a replacement included clambering up a rickety 40-foot ladder to investigate the clock tower of the nearby Whittall Mill with his old friend Tom Dolan ’62, M.A.Ed. ’63. “He went up that ladder like a teenager. I was shaking in my boots,” Dolan recalls.

An avid and knowledgeable antiques hunter, Henry eventually tracked down and purchased the clockworks in Maine, then donated them to Clark.

Why go through all that trouble and expense? The answer is simple, says Dolan. “He loved this place.”