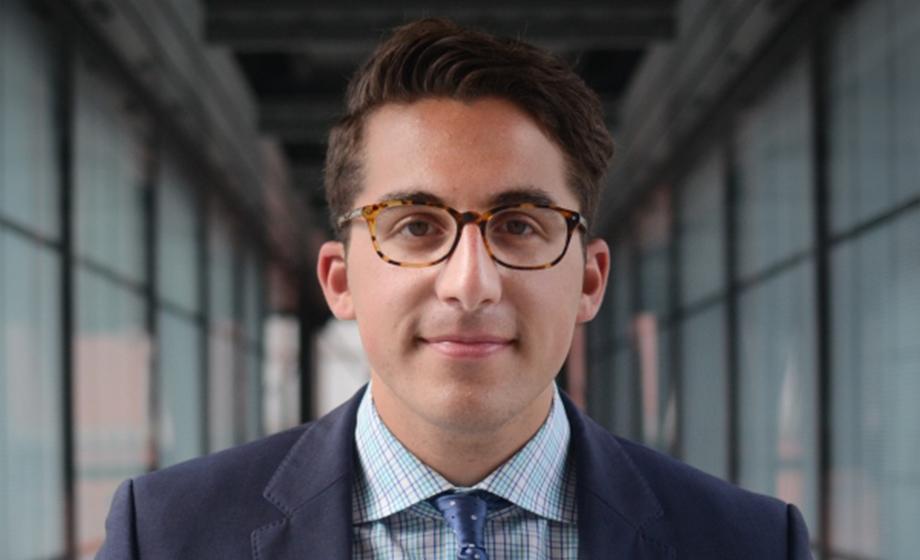 When Jonathan Edelman ’16 arrived at Clark University four years ago, he intended to major in studio art and follow his passion for photography. What he couldn’t know then was that Clark would help him excel in the medium, and at the same time deepen his passion for learning about history and the Holocaust. Edelman will marry his two interests after graduation when he begins a job as curatorial assistant at the U.S. Holocaust Memorial Museum in Washington, D.C.

“The Holocaust and Genocide Studies Program and the professors and graduate students have completely changed my path in life,” Edelman wrote. “Their dedication to research in this field has been an inspiration for me in the path I have taken.”

During his first year at Clark, Edelman enrolled in Holocaust Action and Agency, and found himself drawn to the depth and breadth of the courses available through the Strassler Center for Holocaust and Genocide Studies, home to the only Ph.D.-granting program in the discipline in the United States.

“Having studied the Holocaust in high school and traveled to Poland and Germany, I thought it was going to be smooth sailing through the course. Just looking at the syllabus, I knew that I had barely scratched the surface of this topic,” Edelman wrote. “I wanted to do more than just take classes.”

Edelman became part of a tight community of committed students and award-winning professors at Clark who are passionate about the need to educate others about the Holocaust, aware that the number of survivors is steadily declining. He took advantage of the mentoring and internship opportunities that the small, liberal arts research university had to offer.

“My adviser and one of my biggest mentors, Professor Shelly Tenenbaum, told me about an internship at the U.S. Holocaust Memorial Museum,” Edelman said.

In the summer of 2014, Edelman became the first Clark undergraduate to secure an internship at the prestigious museum, in the Photo Archives Department. He returned the following summer and continued his work in archives and references.

“I began to see just how vast the topic of the Holocaust was. It had deeply affected my own family,” Edelman said.

“Through both the time I spent at the museum and the courses I took, I also began to take more of an interest in the story of my own grandmother, my ‘Oma,’ Doris Edelman (Tager) Z’l. As a young teen in Germany, she was banned from attending her public school, and watched her synagogue burned to the ground and her father arrested and sent to Dachau after the November Pogrom.”

In a Facebook post expressing his excitement about the new full-time position at the USHMM, Edelman pledges to do his work there in memory of his Oma.

Courses offered through the Holocaust and Genocide Program are popular among non-history majors at the University; this year 25 percent of Clark undergraduates are enrolled in the concentration, making it the second most popular concentration on campus (Pre-law is the first).

“We are very proud of Jonathan’s appointment to such a prestigious role at the U.S. Holocaust Memorial Museum,” said Debórah Dwork, Rose Professor of Holocaust History and founding director of the Strassler Center.

Edelman will graduate in May with a bachelor’s degree in Cultural Studies and Communication with a concentration in Holocaust and Genocide Studies. He was one of the founders of Humans of Clark, a photographic project of members of the Clark community inspired by Brandon Stanton’s popular photo series Humans of New York (HoNY). He’s a member of the Lambda Pi Eta Honor Society, serves as photographer for The Scarlet (student newspaper) and is active in Clark Hillel and J Street U. Edelman came to Clark with a Making a Difference Scholarship, an award for students who demonstrate leadership and meaningful commitment to social change at the high school level.

The Strassler Center for Holocaust and Genocide Studies at Clark University is the first and only institute of its kind. Since it was established in 1998, it has gained international standing as the sole program to train students for Ph.D. degrees in Holocaust History and Genocide Studies.