Clark historian weighs in on Tubman-Jackson switch on $20 bill

Although he was once celebrated for defeating the British at the War of 1812 in New Orleans and promoting the cause of “the common man,” President Andrew Jackson has become more infamously described by many modern historians as the slave-owning president who helped further codify racism, “manifest destiny” and the forced removal of Native Americans. That view was popularized in the 1980s and ’90s by the late Howard Zinn of Boston University and Ronald Takaki of University of California, Berkeley. 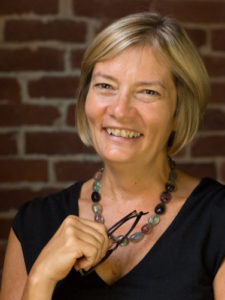 But as the movement to replace Jackson on the $20 bill took up steam, the debate over the president’s place in history reignited. Daniel Feller of the University of Tennessee and David Greenberg of Rutgers University defended the president’s prominence, while still recognizing his controversial legacy. Clark University’s Janette Thomas Greenwood (pictured), on the other hand, called Jackson a “slaveholder, proponent of the expansion of the slave regime and proud killer of Native Americans” and an “enemy of the National Bank,” whose “presence on the $20 bill was beyond ironic in the first place.”

Now the Treasury Department is proposing to replace Jackson with abolitionist Harriet Tubman on the front of the $20 bill. The move would come in 2020, just in time for the 100th anniversary of the 19thAmendment, which gave women the right to vote. The announcement is being celebrated by many Americans and historians such as Greenwood, who believe the time has come for a woman — and an African-American — to so noticeably take her place in U.S. history.

Greenwood, professor of history, weighed in on the proposed change in a Worcester Telegram and Gazette story that also examined Worcester’s ties to the Underground Railroad.

“First and foremost, it [the proposed $20 bill change] is a recognition of the central place of slavery in American history and the role that former slaves, like Tubman, played in undermining and ultimately ending that institution,” she told the Telegram and Gazette.

“I’m also glad that they chose a woman of color who had to fight against the burden of both racism and sexism and yet managed to make her mark on American history. And I’m thrilled that she will be replacing Andrew Jackson.”

Greenwood is author of the 2009 book “First Fruits of Freedom: The Migration of Former Slaves and Their Search for Equality in Worcester, Massachusetts, 1862-1900” (The University of North Carolina Press). In 2014, she helped with a research project to identify the people of color pictured in rare photographs from Worcester.