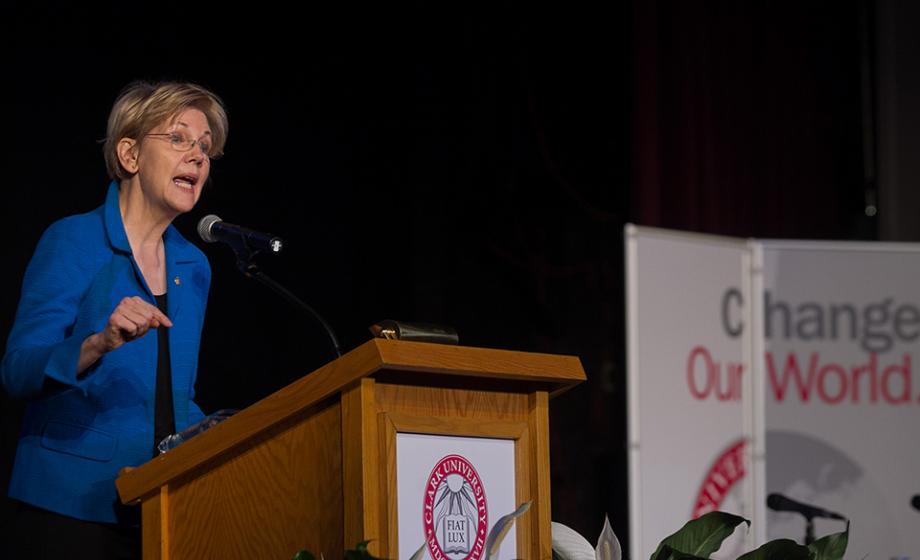 U.S. Sen. Elizabeth Warren gave Clark University’s annual Lee Gurel [’48] lecture on Monday at the university immediately preceding a symposium focusing on urban education and federal law, and the nationally-known Democratic politician drew applause and amens from a crowd eager to hear her plans on improving urban education. … The main thrust of Warren’s speech was about the federal government’s role in public education, as the liberal Senator called on the national government to step in to help at the state and local levels. ‘We live in a new public education reality, and a strong federal role in public education is more important now than ever,’ Warren said. ‘We cannot abandon our children.’ (Worcester Magazine, March 15, 2016)