Clark University’s Mock Trial Team is headed to the American Mock Trial Association Sub-National Tournament for the third year in a row; the team was awarded an automatic bid after their outstanding performance at the 2016 New Haven Regional Tournament at Yale University last month.

Two of Clark’s teams participated in the regional tournament. 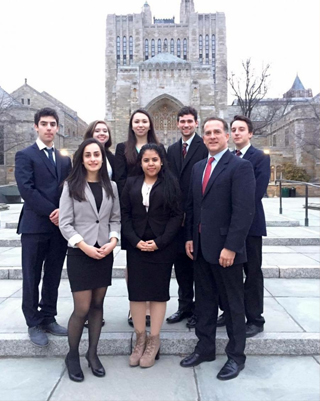 Team A won the bid by achieving a 6-2 record, beating teams from Wesleyan, UMass-Amherst and the University of New Haven, only having lost to Yale.  McKenna Hunter ’17 won a Best Attorney Award and Ray Carville ’17 won a Best Witness Award.

Team B consisted of students who were competing in collegiate Mock Trial for the first time. This novice team earned a record of 2-6, faced tough teams from Wesleyan, UConn and Tufts, and beat a team from Connecticut College.

“The teams rose to the occasion at one of the most competitive regional tournaments in recent memory,” said Steven C. Kennedy ’88, a practicing attorney who teaches a trial advocacy course in the fall and coaches the Mock Trial teams in the spring. “These students earned their exemplary record through hard work and dedication.” 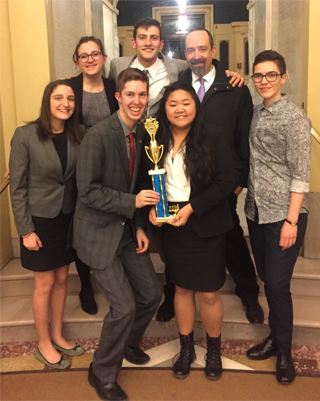 “Despite having a lot of people participating in Mock Trial for the first time, the team did exceptionally well,” said Co-captain Emily Art ’17. “It goes to show that with lots of dedication and commitment, many of these first time mockers showed skill and poise that you would expect from a veteran.”

“We are all very proud of our Mock Trial students,” said Political Science Professor Mark Miller, who is director of the program. “They all worked very hard for the competition.” 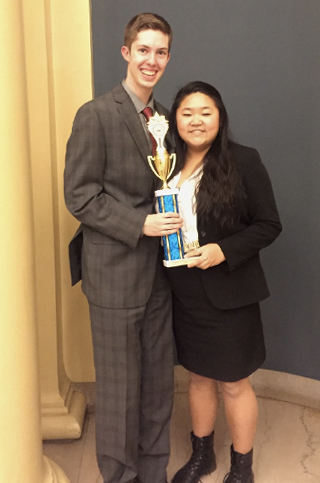 In Mock Trial, teams of students analyze and study a legal case during the course of the academic year.  The students assume roles of attorneys and witnesses in a trial and engage in trial simulations in competition with teams from other colleges and universities. At a tournament, students are evaluated by a panel of actual attorneys and judges whose scores determine which teams and individuals gave the best performances.

Students who make up Clark’s 2016 Mock Trial team rosters include: