One in six Americans struggles with hunger. That’s 49 million people. 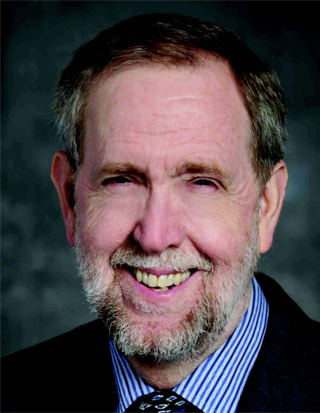 It’s a disarming statistic, and it’s also an unnecessary one, insists Doug Rauch, the former president of the Trader Joe’s Company grocery chain.

In his Feb. 18 Clark University President’s Lecture inside a packed Razzo Hall, Rauch offered pointed criticism of the American food system, which leaves too many people undernourished even as tons of food is wasted. The core problem is not a shortage of calories in the American diet, but a lack of nutrients, he said. Inexpensive high-calorie junk food has become the too-common substitute for more expensive healthy alternatives. “Obesity is the face of hunger in America,” Rauch said.

He noted the disconnect between the high incidence of hunger and the amount of food being tossed — as much as 30 to 40 percent of all we grow is wasted, according to USDA estimates. To illustrate, Rauch showed a slide of a Salinas, Calif., field teeming with heads of lettuce that eventually were plowed under because they were deemed too large to fit into supermarket packaging.

“The system is designed to tolerate high levels of food being wasted,” Rauch said.

Rauch also cited the “Sell by” and “Use by” dates stamped on most grocery items as contributing to the waste problem, given that the dates are exceptionally conservative and lead to perfectly good food being discarded prematurely.

Fixing the food problem will require a vast cultural shift that rewards risk and innovation, according to Rauch. “Cultures that don’t tolerate risk will never innovate,” he said.

Rauch laughed when recounting how he was profiled in an issue of the prestigious Harvard Business Review centered on the theme of failure. But he quickly noted that failure can be used as a tool for self-awareness and positive change. He offered four quick points: 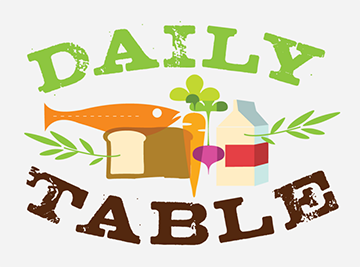 Rauch concluded the presentation by describing his newest venture, Daily Table, a store located in a low-income neighborhood in Dorchester, Mass., selling healthy, affordable food. The idea for Daily Table was hatched while Rauch was serving as a fellow at the Harvard University Advanced Leadership Initiative that focused on addressing social ills. As the CEO of Conscious Capitalism, Inc., Rauch saw an opportunity to apply business principles in a compassionate, value-driven way to provide a service that benefited the common good.

The not-for-profit retail store, launched in June 2014, offers a selection of produce, bread, dairy and grocery items, as well as grab-and-go meals prepared fresh daily in Daily Table’s onsite kitchen. Rauch and his team use a robust network of growers, supermarkets, manufacturers and other suppliers (some of them former competitors) who donate their excess food or offer special buying opportunities. The store employs 35 full-time workers.

Rauch summed up the key to Daily Table’s success in a single word: dignity. People don’t want a handout — they want to shop, he said. By removing the “power differential” inherent in a donor-recipient relationship and making it a retail transaction, people are more inclined to take advantage of this resource.

And they do. While the store is open to anyone, 92 percent of the shoppers live in the surrounding neighborhoods, who are the target audience. Rauch told of a customer who had never tasted an apple and another who discovered she could finally afford blackberries. His team did a cost comparison and found that the same items purchased for $21 at their store cost $71 at a nearby supermarket.

Rauch said the goal is to change a culture that makes cheap junk food the diet of necessity into one where eating high-nutrient wholesome foods becomes the preferred, and affordable, choice.

“We make food to die for, not die from,” he said of Daily Table, adding that market-driven solutions, pursued with compassion and creativity, benefit both the customer and the business. “Every time someone buys something from us they’re helping us fulfill our mission.”